Global Crop Collapse May Cause Famine 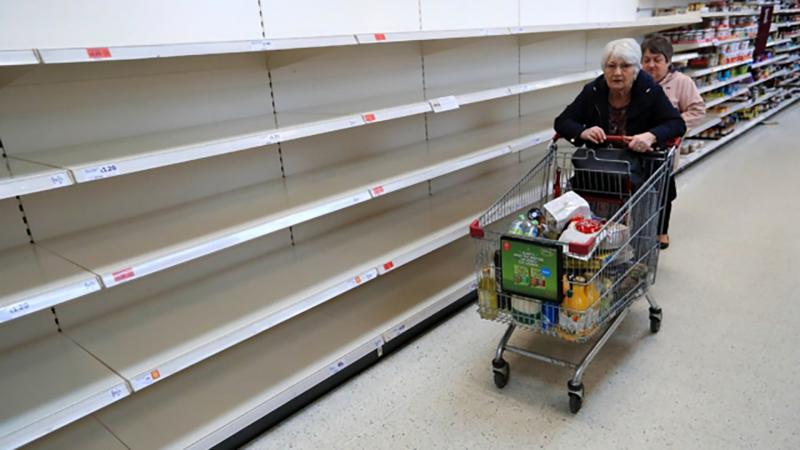 A convergence of horrifying events have set into a motion an irreversible collapse of food production and crop harvests that will lead to global famine all the way through 2024. These events cannot be stopped for the simple reason that plants take time to grow. You can’t create crops instantly, and if they don’t get planted (or they get destroyed), there’s no instant replacement.

The reasons for the coming global famine include:
• Floods and droughts causing sharp drops in crop production in China, Russia and the USA, among other nations.

• Economic sanctions against Russia causing a halting of exports for food and fertilizer.
War in Ukraine, leading to a halting of the 2022 planting season for wheat, corn, soy and other crops.

• War in the Black Sea, blocking ship movements in the ports (such as Odessa) which normally export crops.

• The Biden admin’s shutting down of fossil duel production in the USA, adding significant costs to fertilizers and agricultural operations.

Importantly, all this coalesces into two primary problems that will now accelerate across the world: Food SCARCITY and Food INFLATION.

Scarcity, of course, means there’s no remaining supply no matter what the cost. Inflation means the food that is available will be significantly higher in price. Both of them cause people to panic, ultimately leading to widespread civil unrest.

Farmers are right now reporting a roughly 300% increase in their cost to produce crops such as wheat. This is due to three primary inputs:

• The cost of fertilizer and seed.

• The cost of fuel to power agricultural equipment.

• The availability of tractors and other equipment (and their parts) in order to carry out mechanized agricultural operations.

Importantly, all three of these inputs are heavily strained due to the conditions mentioned above.

In addition to these factors, fuel costs significantly elevate transportation expenses to transport grains to grain storage and milling providers. Thus, rising fuel costs hit farmers twice: First for the cost of running their equipment, and secondly in the transportation costs.

Sadly, it looks like diesel fuel is headed toward $6 / gallon, and this is going to put severe upward pressure on food prices across the board. Elections have consequences… and rigged elections have dire consequences. Joe Biden is punishing America with economic sanctions against our entire energy sector.

I am not predicting the starvation of 5 billion people, since fertilizer production isn’t zero. But it is easily down by 25% – 30% right now, perhaps more, and that means somewhere approaching 2 billion people (or more) are going to face real famine / starvation in the crop seasons ahead. Very few people understand that food comes from fertilizer which is made using hydrocarbons. This is why left-wing activists are so eager to shut down pipelines, having no clue this will shut down their own food production as a result.

There is a delay time between crop yield collapse and food scarcity at retail (grocery stores). Right now in March, we are eating the winter harvest of wheat. By late summer, we will be depending on wheat from the spring wheat crops around the world, and those crops just aren’t getting planted at the level necessary to feed the world.

The StrangeSounds.org website recently published a good overview of what they call the “wheat apocalypse.” From that article:

“The wheat outlook looks grim… All over the world…

“A limited supply of soft white wheat, the primary type of wheat grown in the Inland Northwest, has helped lead to a six-year low for wheat exports from the United States. That’s according to the USDA wheat report for February. The report also states that 71 percent of U.S. winter wheat is being hit by drought in 2022.

“Egypt’s food security crisis now poses an existential threat to its economy. The fragile state of Egypt’s food security stems from the agricultural sector’s inability to produce enough cereal grains, especially wheat, and oilseeds to meet even half of the country’s domestic demand.

“Drought has shriveled Canada’s wheat crop to its smallest in 14 years, and its canola harvest to a nine-year low, a government report showed on Monday.

“Parched soils and record-hot temperatures in Canada’s western crop belt sharply reduced farm yields of one of the world’s biggest wheat-exporting countries and largest canola-growing nation. The drought has forced millers and bakers to pay more for spring wheat, and drove canola prices to record highs.”

On top of all that, Hungary has halted all grain exports in order to protect its domestic supply. The countries most likely to experience serious disruptions due to food scarcity include Egypt, Thailand and the Philippines.

The upshot of all this is that food shelves are going to look downright frightening in 2022, and for the shelves that actually have food, it’s going to cost perhaps twice as much. Some items might see prices triple.

Even Reuters is now openly reporting that a United Nations agency says food inflation has hit 20%. And those are slightly old numbers. By the time they factor in the summer and fall of 2022, it’s going to be much closer to 50%.

Shockingly, food basics are going to require a larger and larger percentage of workers’ paychecks, taking away their ability to pay for fuel (which is also skyrocketing) or to purchase clothing, housing, etc.

The only factor that may actually reduce the demand for global food is the global vaccine die-off caused by mRNA / spike protein injections that are killing people are record numbers. The COVIDbioweapon, after all, is a depopulation weapon.

The net effect of all this is going to be global uprisings, chaos and social unrest on an unprecedented scale.

Ever heard the saying about “nine meals from anarchy?” That’s what we’re about to witness later this year, in 2022.

It doesn’t mean that every city will collapse into instant chaos, but food scarcity, food inflation and energy inflation will create conditions of extreme poverty and desperation among the population. As a result, you’re going to witness more of the following:

• Highway robberies of transport trucks that are delivering goods to grocery retailers (ripped right out of Venezuela).

• Increased carjackings, home invasions and crime derived from desperation and starvation. (While Democrats continue to “defund the police.”)