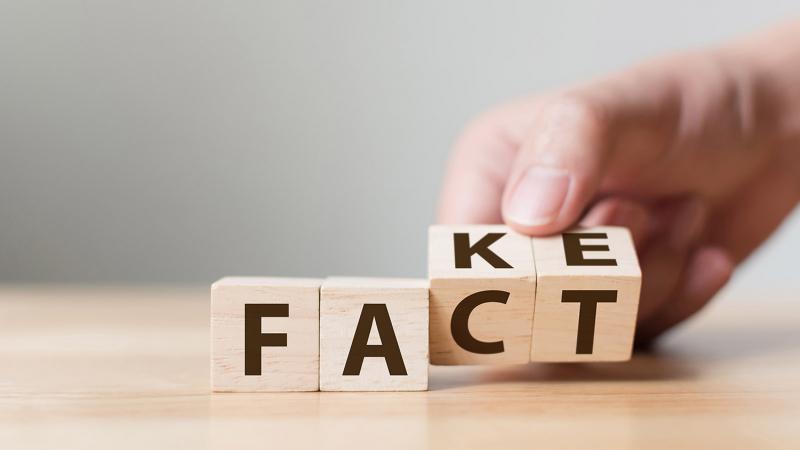 Distinguished American climatologist Dr. Roy Spencer recently took what might be a kill shot at climate alarmists by pointing out that “the computer models and studies they so love to cite now produce and predict at least twice as much warming as we are actually seeing.   There simply is no climate emergency: not in temperatures and not in hurricanes, tornados, floods, droughts, wildfires or other supposedly CO2-driven events.   The climate catastrophes are make-believe” (quoted in Townhall, 1/26/21).

What’s more, past events and geologic readings in the planet’s long history quite convincingly discredit today’s wolf-criers, as documented in great detail by Ian Plimer, prize-winning Australian geologist and professor in the School of Earth and Environmental Sciences of Adelaide.   Here’s a quote from his authoritative and readable book “Heaven and Earth” (2009, Taylor Trade Publishing) — that expresses his observation after outlining several events from earth’s geologic history (ice ages, warming periods, etc.):

“If it is acknowledged that there have been rapid large climate changes before industrialisation, then the human production of CO2 cannot be the major driver for climate change.   The evidence is overwhelming that another mechanism or combination of mechanisms drives climate change, such as variation in solar activity, cosmic ray input, [and] orbit and terrestrial processes.   This being the case, then the whole purpose of the IPCC ceases to exist.”   (Note: the IPCC is the UN’s Intergovernmental Panel on Climate Change, which has been responsible for many of the questionable computer models.)

With these conclusions in mind, let’s look at a number of other factual observations that will speak for themselves.

Taken alone, these data say we should drop the politicized climate change issue and work to maintain and improve our aging but reliable fossil-fuel-driven power grid.

Other Relevant Data.   (1) Each year, the US requires 7.4 billion megawatt hours (MWh) of energy for normal operations – 2.7 billion MWh for electricity, 2 billion MWh for vehicles, and 2.7 MWh for heating and water heating of homes, businesses, factories, and industrial processes.   (2) If fossil fuels are phased out (except as backup), it would take, for example, over 17 billion high-tech (Nellis-style) sun-tracking solar panels, occupying some 34 million acres of land, to replace the 7.4 billion MWh the US requires.   If standard stationary panels are used instead, it would more than double the number of panels and the land use.   (3) Using large 1.8-MW wind turbines at 50 acres per unit would require about 2 million units, taking up a total of about 155,000 square miles of land – and they would likely meet US power needs only 25% of the time.   If the “monstrous” 10-MW turbines are used offshore, up and down both coasts and along the Great Lakes, about 300,000 of them would be required.   Think of those lovely shoreline vistas!

(4) Both wind and solar require extensive battery systems for energy storage, as well as fossil-fuel backup systems for when the sun doesn’t shine or the wind doesn’t blow for extended periods.   (5) The more turbines and/or solar panels we need to install, the more they would have to be installed in sub-optimal areas – and the less effective they would be.   (6) The Keystone Pipeline was to deliver nearly 35 million gallons of oil a day to US refineries on the Gulf Coast – without burning any fuel.   Instead, because the oil will still go to market, it will take, for example, an estimated ten 100-tanker-car trains a day, each of which would use nearly 120,000 gallons of diesel to haul 3 million gallons of oil 2150 miles from Canada to a refinery in, say, Freeport, Texas.   The total diesel fuel usage would be well over 500 million gallons a year.

Experience and Reliability.   (1) In the US, wind and solar systems have had spotty performances.  For example, Texas relies on wind and solar for almost 60% of its power, and many will recall the recent debacle when a snowstorm and freezing temperatures shut down over half the turbines and panels for over three days.   (2) In California, with wind and solar replacing coal, natural gas, and nuclear power on the grid, people are having to adjust to repeated rolling blackouts and brownouts.   (3) In the UK, because of weak winds and windless days, turbines generated less than 10% of capacity for 65 days in 2021 – and stormy weather resulted in industrial solar panels providing less than 2% of capacity for most of December.

(4) In continental Europe, after several countries closed coal-fired and nuclear plants, the energy transformation to wind and solar has been called a disaster, with many deaths over the winter resulting from lack of home heat.   (5) Australia’s leap onto the wind and solar bandwagon has resulted in higher prices and repeated outages, with thousands of homes and businesses being without power for long periods.   (6) Contrary to what the Greens would like us to hear, their fossil-fuel-free dream would, as a practical matter, require extensive fossil-fuel MBR (minimum backup requirement) systems.

Economic Issues.   (1) The cost of retrofitting every residential and business building for solar and/or wind has been estimated to be “tens of trillions of dollars,” not to mention the years it would take to even approach completion.   (2) For the scarce metals needed for Green New Deal technology, the US is even now almost totally dependent on China and other hostile nations, since the environmentalists have shut down mining here.   These metals include copper, cobalt, nickel, and lithium — with lithium being a key component of batteries used in storage systems and EVs (one battery needs 30 pounds).   Incidentally, at this writing, inflation and short supply have increased the price of lithium by 800%.   (3) The cost of drilling one oil well, which produces 10 barrels of oil an hour, is about the same as building one wind turbine, which generates the energy equivalent of one barrel of oil an hour.   (4) The cost of storing one barrel of oil is 50 cents, while $200 of batteries are needed to store the same amount of wind-generated energy.

(5) Recently proposed SEC rules that would compel many companies to provide periodic climate-related disclosures would be costly and ultimately raise consumer prices (just what we need).   (6) IRENA (International Renewable Energy Agency) estimates that by 2050, disposal tonnage of worn solar panels and wind turbines will be double the tonnage of all of today’s entire global plastic waste – another huge cost, not to mention the landfill problems.   (7) We hear constantly from the left that gas prices are up because of the “greed” of oil companies — but, for example, in 2021 the top 8 oil companies had an average net profit of 7.37%, comparable to many Fortune 500 corporations.   Compare that to the average 27.98% net profit reported by tech companies.    (8) The average American says he/she would spend $177 a year to avoid climate change — far from the $177 million per person it would cost to dump our entire carbon-energy economy.

Socio-Political Impacts.   (1) The consequences of placing millions of windmills, billions of solar panels, billions of battery units, and several thousand miles of transmission lines will be the destruction of wildlife habitats and scenic vistas, the eradication of some animal species, the decimation of birds and bats, and the impairment of plant life and agriculture.   (2) China, India, and other developing countries are increasing their use of fossil fuels (e.g., building more coal-fired power plants), which would negate suicidal green actions by Western countries.   (3) The World Economic Forum (WEF) in Davos, Switzerland is a staunch supporter of the climate change hoax as an avenue to bankrupt national economies and make way for global governance – since no country can afford these measures without eventual economic collapse.   (4) Any mandatory personal carbon allowance (PCA) system would not only bring back rationing but would be digitally monitored, meaning government would know where you’ve been, what you’ve bought, and whom you’ve seen.   (5) As people like John Kerry and various Hollywood airheads have demonstrated with their yachts, private jets, and 20-room homes, two basic classes of people will result — “we who can” and “you who can’t.”

What Does the Bible Say?   In the Old Testament, the Lord made it rain (once for 40 days to flood the earth) – or not rain (like Egypt’s 7-year famine in Joseph’s time).   He also parted waters and brought hail, lightning, plagues, and darkness.   In the New Testament, Jesus demonstrated control of the winds and the waves — and He could have moved mountains if He so chose.   Meanwhile, man’s puny putt-putts and smokestacks have moved the “dreaded” CO2 dial up just 1/100th of 1% in 300 years.   The fact is, if we’re around to see events like the rapid rise of oceans, sudden extreme climate changes, earthquakes, and other violent global weather, we’ll know we’re in the end times.
Until then, let us actively resist the insanity and “science-is-settled” arrogance of today’s climate alarmists.   It’s not about the climate — it’s about governmental control.