'Pride' Takes Over A Nation 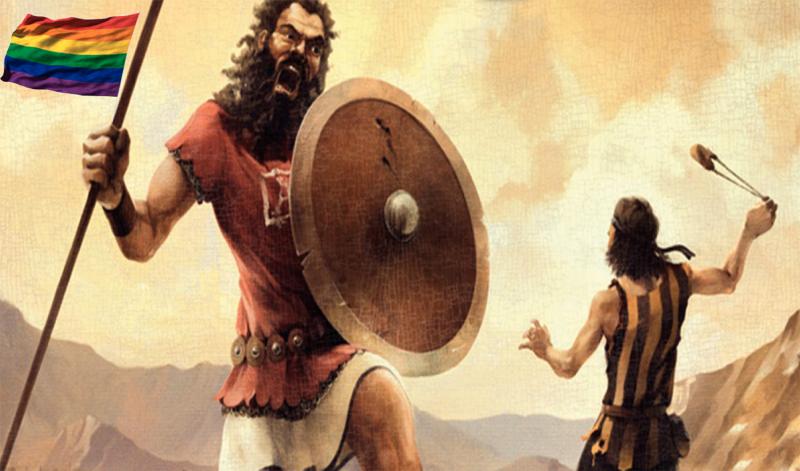 We’ve entered a month in which schools, businesses, sports teams, the military, and government are making an all-out effort to celebrate the very thing which God calls an abomination.

Here’s a small sample of what is currently taking place in schools:

• Some 8th grade students in Kiel, Wisconsin have been charged with sexual harassment for not using “proper pronouns.”

• The Madison School District put in place policies which allowed students to have a different gender identity at school without consent or knowledge of the parents.  School employees were to hide this information from parents.

• A lawsuit is advancing against the Kettle Moraine School District which allows students to change their names, their gender pronouns, and more without parental consent.

• The Biden Administration is attempting to force K-12 schools to allow boys who desire to identify as girls into girls’ private areas (restrooms, locker rooms, showers, overnight accommodations) in order to obtain federal funds for school lunches, breakfasts, etc.  What a message:  “surrender your values or be denied food.”

• In Maine, kindergartners were provided definitions of LGBT+.  Children were taught the “T” is for “transgender” and described it as “doctors making a mistake” when guessing if someone had a boy or a girl.  When children grow up, “they can tell people that the doctors made a mistake about their gender, then they can transition to be the gender that they actually are.”

• In North Carolina a preschool came under fire after a teacher used flash cards teaching children about colors, but used LGBTQ themes on the cards including one depicting a “pregnant man.”


• In Lancaster, PA a school allowed its LGBTQ club to stage a drag show on school property.  And in Philadelphia, teachers were encouraged to attend a graphic sex conference.

• In Maryland elementary students were invited to honor the LGBT “pride” flag.

• In Arizona, their education department encouraged teens to visit a website where teens reach out to adults on LGBTQ or other sexuality issues.

All across the nation such indoctrination is bombarding school districts.  Is it any wonder why recent surveys of Gen Z show a rapid increase in the percentage of this age group identifying as LGBTQ+?

Corporate America is bending over backwards to please the extreme LGBTQ+ advocates by promoting “pride” products and clothing lines.  Many policyholders of State Farm Insurance were outraged when they learned this company (according to a leaked email) encouraged their agents to donate books promoting transgenderism to young children.  Additionally, Fisher-Price reportedly introduced drag queen dolls for children and Mattel jumped in with a transgender Barbie doll in honor of Laverne Cox.  Disney has gone off the rails with a new release in which a lesbian “marries” her queer partner and features a kiss on the lips.  Whoever thought a movie on Buzz Lightyear would lead children down this path?  A Disney Pride Collection features an array of items created by LGBTQIA+ employees.  Stores such as Target and Meijer also are jumping into promotion of so-called “pride” as is Bath and Body Works with their “Pride Month Collection.”  Corporations such as these have no problem offending the Christian community, as they bow to the LGBTQ+ agenda directives.

The sports world is also falling quickly.  Consider the decimation of women’s sports as men who failed to achieve the limelight in male sports are now recipients of the accolades of the world by identifying as women and commandeering titles and breaking records in women’s sports.  Major League Baseball teams across the country are hosting “pride” night events.  One team is also giving opportunities for ticket buyers to give extra to go to a “local Pride organization of your choice.”  MLB is not alone; the NBA, NFL, NHL, and MLS have also fallen to the agenda.  Even NASCAR sent out a tweet celebrating LGBTQ+ pride.

In the meantime, new sexual preferences are gaining steam including “Objectum Sexuals” who are sexually attracted to inanimate objects and a “Fictosexual” man who married a hologram bride.

Governor Tony Evers is flying the “Progress Pride Flag” over the East Wing of the State Capitol building in celebration of Pride Month.  In his proclamation Order #166 it states, “The display of the Progress Pride Flag over the Wisconsin State Capitol building acknowledges Wisconsin’s proud tradition of leading on issues of LGBTQ equity and demonstrates the state of Wisconsin’s continued commitment to being a safe, welcoming, and just state for every member of the LGBTQ community, while recognizing the continued work we must do to build a more equitable and inclusive state.”

Our nation’s military has fallen prey to the LGBTQ+ agenda.  The Department of Defense scheduled a Pride Ceremony in the Pentagon June 7th.  The U.S. Marines sent out a tweet to honor LGBTQ service members and included the image of six rainbow colored bullets in the strap of a camo helmet.  The USAF tweeted out “Happy Pride Month!” and went on to say, “We are committed to making the #Air Force a place where all can reach their full potential.”  Is that the purpose of our military, helping people reach their full potential?  Whatever happened to protecting and defending our nation?  The U.S. Navy’s site highlights the “Naval Service of LGBTQ+ Personnel.”  The U.S. Army on the first day of June ran a story, “Transgender Soldier finds inclusion, support in Army.”  Even the U.S. Space Force tweeted out a picture of an astronaut holding a homosexual pride flag. These are all directed by the Commander in Chief who issued a proclamation this year for the first time including the “I” into the alphabet mix, “A Proclamation on Lesbian, Gay, Bisexual, Transgender, Queer, And Intersex Pride Month, 2022.”

We wonder why we have advancing pestilence in this world.  Why are diseases spreading?  Why is the economy suffering?  Why are we experiencing water shortages and food shortages?  Why are we seeing our society falling apart?

Our present condition should not take us by surprise as Romans chapter 1 warned of the progression of depravity, a pathway our society has chosen.   “Because that, when they knew God, they glorified him not as God, neither were thankful; but became vain in their imaginations, and their foolish heart was darkened.  Professing themselves to be wise, they became fools…Wherefore God also gave them up to uncleanness through the lusts of their own hearts, to dishonor their own bodies between themselves: Who changed the truth of God into a lie, and worshipped and served the creature more than the Creator…For this cause God gave them up unto vile affections: for even their women did change the natural use into that which is against nature: And likewise also the men, leaving the natural use of the woman, burned in their lust one toward another; men with men working that which is unseemly…And even as they did not like to retain God in their knowledge, God gave them over to a reprobate mind…” (Romans 1:21-28).

The picture will not improve until we repent and turn back to the God who created us.  There is hope, there is forgiveness, and there is a path forward in Jesus Christ.  May we turn to Him!