Our Country, Apart From God 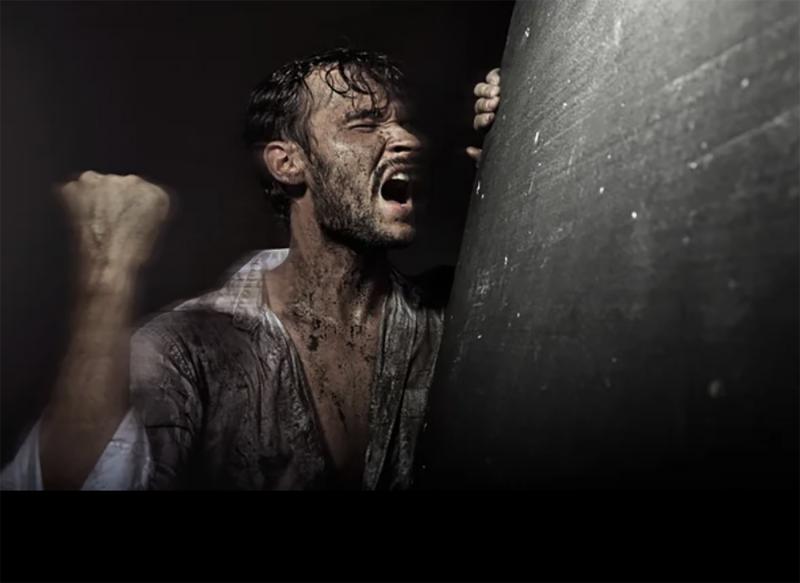 Complimentary Story
As we continue to endure the tragic consequences in our nation of a country that has rejected God in favor of sin and “self,” the future of America has never been more bleak.  The bad news seems to be never-ending, and it’s blatantly obvious that everything our government officials are doing — and have been doing over the past several years — is designed to further a Leftist/Communist agenda that’s much, much bigger than most of us realize.  To say that those in power do not have the best interests of the country and our citizens in mind as they push their wicked plans forward, would be a most ridiculous understatement.

The current illegitimate occupant of our White House now has the lowest poll numbers of anyone in history.  A recent Gallup Poll showed that only 13% of Americans now approve of Biden’s performance.  Yet the destruction continues.  This is the man who took an oath to “protect and defend the Constitution of the United States against all enemies, foreign and domestic.”  Unfortunately, he himself is Enemy Number One domestically and he’s in strong allegiance with all our foreign enemies as well.  More unfortunate yet, it seems just about every politician has violated their oath of office as well.

This is to be expected, as our country has steadily sought to push God out of every institution and area of life.  We’ve rejected God’s laws and replaced them with those of depraved men and women.  The satanist Aleister Crowley stated “Do what thou wilt shall be the whole of the law.”  And so we have, and so we have what we have today.

God gave us His Holy law — the Ten Commandments — for our benefit.  If we were to base our national laws on these ten, or even if we were simply to keep the first two, we would not, today, be in such desperate turmoil.  Instead, we did away with God’s Ten and replaced them with countless thousands of others, which only us poor people are bound to follow.  Our political “masters” are above the law, never held accountable, even when they’re caught red-handed.  There will be a Day of reckoning for them when they stand before the Holy, Almighty God, their Creator.  Until then, though, we seem to be at their mercy.

Perhaps this is the “justice” we deserve.  Not the justice we seek, but the justice we deserve, for allowing them to get away with it all for so long.  The righteous in America ceded their God-given authority to evil dictators, and so we understand what Proverbs 29 means, first-hand: “When the righteous are in authority, the people rejoice, but when the wicked beareth rule, the people mourn.”

We’ve been moving steadily away from God and His Word for more than seventy years, and the further away we go the heavier the burden and the more we suffer as a nation.  And as we’ve left God behind, we’ve embraced all manner of sin and evil, selfish desires and lustful behaviors.  Perhaps you haven’t, but our nation has, as a whole, and so our whole nation will continue to suffer, unless and until there is national repentance. But it’s going to take some serious repentance of Biblical proportions to stay the hand of God’s judgment now.

Abortion — the shedding of the most innocent of blood in the womb, has led to unbridled bloodshed in our streets.  Mass shootings, mob violence, and lawlessness.  As a youngster, I learned that “Jesus loves the little children.”  Indeed, and He’s serious about that.  For us to allow them to be murdered by the millions,under color of law for fifty years, seems unforgivable.  We’re also dealing with human trafficking, CHILD trafficking, pornography, drug and alcohol abuse,  unprecedented mental illness and suicides, and now we’re not only pridefully embracing sodomy, we’re teaching young children to embrace and celebrate it as well.

Speaking of child murder, on August 2nd, voters in Kansas had an opportunity to pass what was called the “Value Them Both Amendment,” which would have ended any questions regarding the legality of killing one’s own child.  The amendment failed, as 86% voted to make abortion a constitutional right in Kansas.

The organization Abolish Abortion Texas” recently shared a video posted on YouTube showing women how to build a “Do It Yourself Abortion Altar.”  This literally teaches women how to sacrifice their murdered unborn children on an ALTAR.  Yes, an altar.  The woman in the video built her abortion altar with crystals, candles, tarot card and incense.  She adds her abortion pills to the altar to “bless” them before she takes them.  She also recommends that women place their murdered child’s body in a container on the altar to “save for later when we find a way to properly dispose of the fetal remains in a way that gives reverence and respect and support to this ‘sacred abortion experience.’”  This is sick stuff, friends.

Meanwhile, we’re still facing the largest economic crisis since the Great Depression.  Hyper-inflation has already begun.  The cost of essentials, like energy and food will soon be beyond most people’s reach.  Studies show that the majority of Americans are only nine meals away from starvation.  What happens when the food in the stores becomes too expensive to purchase — or stops showing up in the stores altogether?

The housing market is crashing and burning even as mortgage interest rates continue to rise, making it impossible for first-time home buyers to qualify.  And as the economy slows to a snail’s pace, people lose jobs and credit cards are maxed out, it will be impossible for most to refinance their homes, so they’ll be out on the street.  We already have more homelessness in America than we had during the Great Depression.

Most are not aware that the Chinese military has been training in Mexico and Canada for several years now.  There are military bases in both those countries with thousands of Chinese troops.  Multiple high-level Chinese officials have stated openly that the purpose of these bases is for the coming invasion of the United States.  They’re not even trying to hide their intentions any longer.

Videos have shown ships owned by China loaded with weapons already nearby.  We’ve all seen the footage of all those container ships off our coastlines, backed up by the supply chain seige, waiting to unload their cargo to trucks and trains which can’t move anything  because there’s no diesel to run them.  But embedded among those cargo ships are highly sophisticated weapons systems built into the containers on the ships themselves.  Those containers actually contain high-powered missile launchers and we’ve seen live video footage of them being tested.  At the same time, even as China owns and operates multiple ports in Mexico, not to mention the Panama Canal, cruise ships have been converted into troop and weapons carriers.  They still look like normal cruise ships, but they’re loaded with Chinese tanks and troops.

But what are our politicians and so-called “leaders” now most concerned with?  Besides depopulating the earth of white Christian males, I mean...   Homosexual rights, “transgender” indoctrination, and brainwashing our children from the youngest of ages.  If you still don’t take this seriously, consider the Pennsylvania Department of Education.  They’re now claiming that children as young as three can identify as “transgender,” and the website for that department advises teachers to ask students before assuming what a student’s preferred pronouns might be.  According to Breitbart, “The department also advocates for teachers to celebrate a ‘gender-neutral day’ in which students are asked to pick ‘two to three ways they will reject gender stereotypes for the day.’”

Meanwhile, the San Diego Unified School District has just adopted a new K-12 “queer” curriculum.  It’s stated goal is “dismantling heteronormativity and promoting a constellation of new sexual identities such as ‘gender-queer,’ ‘non-binary,’ ‘pan-sexual’ and ‘two-spirit.’”   The curriculum vilifies straight people, especially straight WHITE people and especially straight WHITE MALES.  If you think this is just the state of Pennsylvania or the city of San Diego, you’d be absolutely, completely, totally wrong.  This stuff is being forced into every public school system, large and small and even charter and private schools are embracing it.

Remember when homosexuals said they just wanted to be treated “equally?”  I’ve dealt with these militant monsters on the streets, face to face, and they’re the most mean-spirited, violent, wicked people I’ve ever encountered.  It’s not equality they want.  They want  our blood, they want supremacy, and they especially want kids.

Their “lobby” is so all-encompassing and powerful, they now direct public discourse in everything from public schools to professional sports.  On July 19th the House of Representatives passed H.R. 8404, also known as the “Respect For Marriage Act.”  This codifies sodomite so-called “marriage” into federal law and forever smashes the Defense of Marriage Act.  The measure passed the House on a vote of 267-157 and now heads to the Senate, where it’s predicted to pass — if the Leftists can get just ten Republicans to vote “yes.”  You’d probably be stunned to know the Republicans who’ve said they’ll likely vote for it.  Our Wisconsin Senator Ron Johnson is among them, just so you’re aware.

And even as the veil is slowly being lifted on the scam-demic of the COVID STAB, we’re now being led by the rings in our noses into the “world-wide health emergency” known as Monkeypox.  This is a pestilence in which 98% of those who have caught it are men who have sex with other men, or bi-sexual men who have sex with men and then with women.  In a handful of reported cases, children have contracted Monkeypox — but in EVERY ONE of those cases, they were children who lived in sodomite homes.  I shudder to think what is going on behind those closed doors.  Even worse, if facts were brought to bear proving these poor children were being raped and sodomized, I doubt any court in the land would ever convict the perpetrators.

So now, even as we head into fall, and the November elections, we have another “world-wide health emergency” and a ready-made vaccine STAB that can easily be made mandatory.  The US Department of Defense already has the power to force it.  It’s not enough that fewer Americans than ever still trust the election system — now there will be a new thing for the sheeple to fear, new dictatorial powers within the health establishment, government and military, to keep the running joke of the elites running.  Now that they’ve tasted “power” they’re not giving it up without a fight, no matter how many of us die.

If there’s any hope left, it’s only in a true, deep repentance and humble return to Christ.   A return to the biblical precepts on which this nation was established so long ago, if such a thing is even possible at this late hour.  May we all grab ahold of the hem of His garment and beg His mercy — and may all who will go to Him, go to Him now.