Proof of Criminal Election Interference by the FBI & Social Media 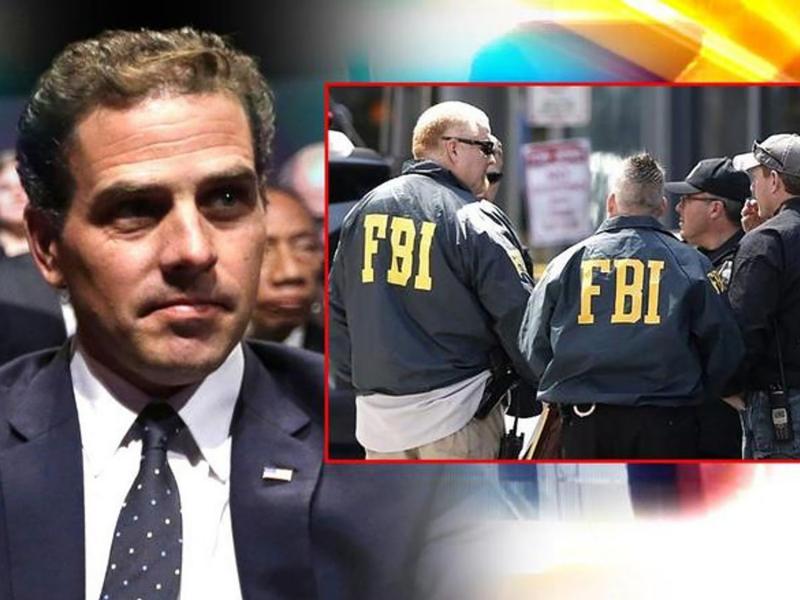 If you’ve read my previous columns exclusive to Wisconsin Christian News about the laptop owned by Hunter Biden who left it at a Delaware repair shop, you already know how damaging its contents are to the Biden family, and to our nation. What needs to be addressed is the 2020 presidential election interference conducted by the FBI and social media giant Facebook, as well as the FBI and DoJ continued interference in the upcoming midterms and the 2024 presidential election. Instead of following political and justice norms, the DoJ, FBI, social media and the legacy media are not only still engaged in shaping the upcoming elections, but they’re also doubling down.

On August 25, 2022, Facebook CEO Mark Zuckerberg appeared on The Joe Rogan Experience podcast and admitted that Facebook censored the laptop story at the direction of the FBI. Responsively, the next day the FBI issued a vague statement that not only failed to dispute Zuckerberg’s statement but muddied the account by stating that they warned Zuckerberg about “potential threat information” that the laptop might contain. Between Zuckerberg’s admission to Rogan and the FBI’s response, the FBI clearly admitted two legally actionable points. First, they admitted to colluding with a private company to censor U.S. citizens, which is a direct infringement of the First Amendment. Secondly, they admitted to actively interfering with the 2020 presidential election by ordering specific information withheld that would influence voters had they known about the international business arrangements between Biden, his family and foreign interests.

Presently, the FBI and U.S. Department of Justice are not just continuing to protect Biden and his family but have launched an aggressive campaign against former President and putative 2024 candidate Donald Trump. (My DC sources have told me that President Trump will be indicted between the mid-term elections and Christmas. “You can bank on it,” I was told by a current member of the U.S. DoJ). I was also told to expect additional search warrants on other properties owned or controlled by President Trump, but that’s for another column.

Recall that it was in the late spring-early summer of 2019 that Paul Mac Issac, doing what he thought was his civic duty, notified the FBI about the existence of the laptop and the sensitive information it contained. Met by a seemingly disinterested if not irritated FBI, Mac Issac also notified members of congress.

Also recall that as a Presidential candidate, Joseph Biden repeatedly denied having any involvement in his son’s foreign business entanglements, from Ukraine to China. The mainstream media ignored the story while social media giants Facebook and Twitter labeled any postings as disinformation, removing posts about the laptop and banning users, in part, under the pressure of the FBI. It is notable that the FBI seized the laptop from Mac Issac’s repair shop in December, 2019. (Sadly, Paul Mac Issac had to close his business and move out of the area due to public threats over the laptop).

Cited by this author in this publication were accounts of Hunter Biden’s business with CEFC China Energy Company and Ye Jianming, it’s Communist Party associated owner. Jianming mysteriously disappeared in 2018 following the arrest of Biden’s business associate Patrick Ho, also a CEFC official by U.S. authorities on corruption charges. It is important to note that Hunter Biden’s laptop confirmed that Joseph Biden, as then U.S. Vice-President, had met with Hunter’s Chinese business partners, despite his denials.

It was reportedly FBI agent Brian Auten who ordered the laptop investigation shut down in August 2020, falsely citing “Russian disinformation” as the reason for closure. At the same time, the FBI warned social media giants Facebook and Twitter that Russian disinformation existed that falsely disparaged candidate Biden. The FBI enjoyed close cooperation with Facebook (Zuckerberg) and other social media companies to censor any mention of the laptop or its contents.

Despite numerous attempts to have the FBI to examine the laptop only to be rebuffed and even threatened, an exasperated Paul Mac Issac, the Delaware computer repair store owner, was finally able to get someone to listen. In August of 2020, the same month FBI agent Auten suggested that the laptop was Russian disinformation, Mac Issac contacted an attorney for Rudy Giuliani, himself a lawyer for President Trump. Four years earlier, it was through Giuliani that the contents of a laptop owned by Anthony Weiner, husband of Hillary Clinton aide Huma Abedin and NY Democratic representative, were made known to the public.

About the same time Giuliani received the hard drive, U.S. Senators Ron Johnson and Charles Grassley were going public with their own report on the Biden family business dealings, including what was contained on the laptop. Not coincidentally, the FBI managed to mitigate the impact of their disclosures by reporting to that Russia was heavily involved in 2020 election interference. By doing so, the media had the cover it needed to cite the FBI report to congress and disregard the congressional findings. What a wonderful set-up the FBI provided to the media!

A month later, on September 17, 2020, FBI Director Christopher Wray issued a public statement claiming that Russia was involved in election interference by disparaging candidate Joe Biden with false information, including and perhaps even especially, the laptop.

It was because of the FBI’s tactics, at least in part, that the now much-cited letter signed by over 50 current and former intelligence officials was created and shopped to all media outlets decrying the laptop as Russian disinformation. It was a set-up from the start. From recent polls, we know now that upwards of 79 percent of the respondents would not have voted for Biden had the full extent of the laptop was allowed into the public domain.

With the Biden regime fully installed in the White House as a consequence of election interference on the part of what could be known as the “fourth branch” of government — the intelligence community along with a weaponized DoJ and FBI, expect more tyrannical behavior through deliberate and malicious tactics that will also involve the mainstream media, social media technocrats, and political leaders to ramp up the claims of treason, sedition, show trials and “perp walks” of those fighting for the survival of our Republic.

We’ve seen the leading edge of the storm, but what is coming will be by orders of magnitude worse than you will want to believe. Please keep those who are on the front lines of this fight in your prayers as we truly enter unchartered waters. Please support one another, support this publication through your subscription and donations as it is one of the last print bastions of truth, and pray for peace and justice, against all odds, to prevail.