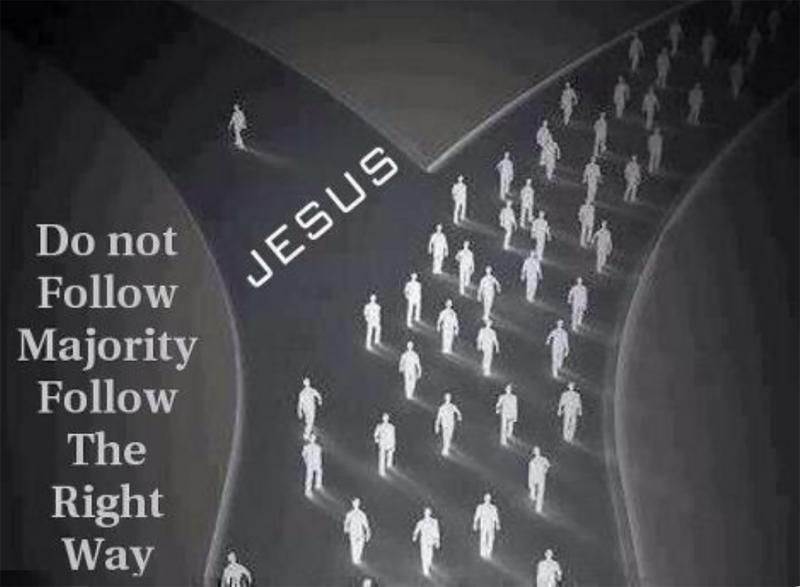 Christians are accountable to love and pray for their family, and friends, and against evil everywhere, but unfortunately, many have lost the enthusiasm and the burden to ask God to set them on fire for His glory. If Christian leadership is afraid to declare war against Satan and evil strongholds and principalities, how can they be inspired or have the faith to become a living sacrifice for God? When there is no difference between a spiritually blind world and those who claim to be God’s front-line warriors, society falls deeper into spiritual darkness.

The gospel of Jesus Christ is what God uses to prick the conscience of those who are spiritually lost, and His disciples are accountable to pray for the sensitivity to know when a divine appointment is being arranged. When Christians become distracted with their plans and pleasures, prayer is neglected, and we know when conviction and the reverential fear of God are ignored, sin increases and becomes bolder. This is exactly why Satan and his demons spend every moment trying to prevent Christians from seeking God’s instructions and accomplishing His will.

Mankind has always been under attack from the kingdom of darkness and many different evil spirits are working overtime trying to weaken and distort the strength, honor, and faith of Godly men and women who are called by God to stand and engage in spiritual warfare for divine truth. Look around and notice that most men are spiritually anemic and filled with fear and carnality which is a disgrace to God’s plan for them to be strong leaders for His glory.

This deception is intended to hinder those who are called by the Lord to be the head of the family and role models for their children. The church laughed at people like Milton Berle and Flip Wilson, but it’s not funny now, as it was all a plan to plant a seed of accepting perversion. For those who are commanded to take up their cross and follow Jesus, we must be careful with what we accept as “normal.”  The dark side is very subtle and uses a progressive repetition to slowly convince the masses that good is evil and evil is good. The idea is to program the human conscience to embrace the tsunami of lies and propaganda that is intentionally attempting to remove God from our culture.

The vision of the world continues to advance toward global control and we know it will be very difficult for many to resist the temptation to follow this system. I ask that we consider examining and preparing our souls today for serious choices we may face tomorrow. The lines are drawn and each person will decide which kingdom they are going to stand with. Matthew 6:24 states there are only two. Those who love the world will side against God and hate Him, and those who love God and embrace His truth will be hated by the masses. Jesus said in John 15:18-19, “If the world hates you, you know that it hated Me before it hated you. If you were of the world, the world would love its own. Yet because you are not of the world, but I chose you out of the world, therefore the world hates you.” Who do we love?  “Do not love the world or the things in the world. If anyone loves the world, the love of the Father is not in him.”  (I John 2:15).

My family has told stories about how my great grandfather would walk down the hill behind the house in the evenings and they could hear him weeping and travailing in the spirit to God. He and his wife were God-fearing people who raised 14 children on a small farm and depended on God for everything. How many people do you know who spend time on their knees desiring above all things to have a broken and contrite heart? The Bible says in James 5:16, “The effectual fervent prayer of a righteous man accomplishes much.” Fervent means intense and this desperate determination to know God is the only way anyone will be able to endure to the end.