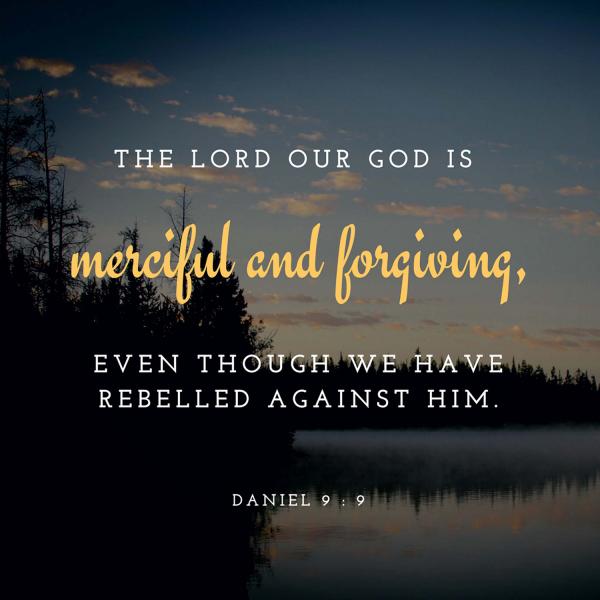 In part one I discussed that we were created to be like God in true righteousness and holiness. In part two I discussed that the Godly man would not be slanderous, mocking or malicious toward other Christ followers or anyone else. We should reflect Jesus in love and graciousness. We should never be overbearing or repulsive toward other people, like too much salt on food. Rather we should enhance the flavor and aroma of Christ through compassion, kindness, humility and let the peace of Christ and love rule our heart.

“The righteous will live by faith,” found at Romans 1:17 comes from Hab. 2:4, “but the righteous will live by his faith.” It is not by the law that people are justified before God, but by a steadfastness based on a firm belief in God and His Word. There is no way to be made right in God’s eyes except when men and women admit their depravity and their willful tendency to commit sin against God.  Then, God in His mercy, gives His righteousness and justification to that person, living by his or her faith, and they are then made right in God’s eyes. At the start, we need to understand that Paul is not addressing pagans in this Romans context, he is addressing the church at Rome. “To all in Rome who are loved by God and called to be His saints” 1:7. Paul is addressing Christ followers. The context that follows, 1:18-32 is often used to point fingers at certain sexual sins. This is not the intention of Paul’s message or chapter 2:1-16 would not follow with a discourse on the judging of others is akin to doing the same thing.

The current LGBTQ society hasn’t invented some new form of sin, it was prevalent in the Greek cultures at the time Paul addressed this letter to the Christ followers in Rome. The people Paul is writing to knew the truth, they knew God’s invisible qualities, His eternal power and divine nature. They chose to suppress the truth by their wickedness. They knew God but did not glorify or give thanks to Him. Their thinking became futile and their morally deficient hearts were darkened. They claimed to be wise, but in their foolishness, they exchanged the glory of God for idols. As a result, God gave them over to the sinful desires of their hearts, to sexual impurity and the degrading of their bodies with one another. They exchanged the truth of God for a lie, and worshiped created things rather than the Creator. Because of this, God gave them over to shameful lusts. Women were inflamed with lust for one another and men committed indecent acts with one another. They did not think it was worthwhile to retain the knowledge of God so He gave them over to a depraved mind, to do what ought not be done.

Three times God gives the person who suppresses the truth of God over to the depravity of their own mind and thinking. This person’s condition continues on the downward spiral of one who is following their own thinking and not the words of God as their life fills more and more with wickedness, evil, greed and depravity. Quite a list follows depicting this downward spiral; they become full of envy, murder, strife, deceit and malice. They are gossips, slanderers, God-haters, insolent, arrogant and boastful; they invent ways of doing evil; they disobey their parents; they are senseless, faithless, heartless, ruthless. They know these things are wrong and deserve death yet they continue to do them and approve of others that practice them. These words could easily have been written to describe the world today.

One can envision Paul’s readers kind of sitting back and gloating over their righteousness and saying “well, I don’t do any of those things, I sure am glad I’m not one of them.” I read and hear Christ followers today do that very thing. God is equipped to judge, no man is. I personally understand this being given over. I believe everyone in recovery from any addiction understands it too. I am sure Paul’s words at 2:1 caught the readers off guard and it should, us, too. We have no excuse, the person who passes judgement on someone else — for at whatever point you judge the other, you are condemning yourself, because you who pass judgement do the same things. The point of this context is not to point out some sins are greater than others but to point out the depravity of mankind, as a whole, apart from the mercy and righteousness of God. There is no person that can attain righteousness by what they do. NO ONE! No matter how hard we try, we fall short. We sin. The point here is to admit our condition. We are sinful and need a Savior, God’s mercy and His righteousness that He gives to the person who admits their condition.

I can give an example of how easy we can fall into this judging. I spoke at an evangelical, Bible believing church, sharing my testimony of addiction to pornography and how the downward spiral after 28 years shattered my life. Crushed, humiliated, abandoned by most who knew me and without hope I reached out to the only hope I had. God’s mercy and righteousness that only He could provide. When I share my story of depravity, without God, and His redemptive and divine power to restore my life the conversations afterward illustrate Romans one and two. Some come up to me in tears admitting their own depravity. They have struggled for years with sin, they thought they were the only one, God would never forgive them and there wasn’t any hope for them. These people got it. Some others come to me, also with tears in their eyes, informing me that they were raised in the church and didn’t know what it would be like to sin like I had. They feel remorse for me and gratitude for not sinning like me. One elderly person told me they were only, possibly, guilty of one sin in their whole life. The sin of omission. They were thankful that God could save someone like me. These folks didn’t get it.

“The Old Testament law brings out the sinfulness of men and women but does nothing to cure it. Jews and Gentiles have to confess themselves morally bankrupt. If there is any hope for either group, it can only be found in the mercy of God and not in any claim that individuals or nations may try to establish on Him. Because of the universal fact of sin, the way of acceptance with God by reason of our works of righteousness is closed – the notice is clearly worded: ‘No Road This Way.’”  (F.F. Bruce on Romans).

Take a look at the list of downwardness written in vs. 1:29-31. As a repentant, Bible believing, confessing follower of Jesus, have you ever done any of these? How about greed? Ever say something that stirred up, just a little, strife for other people? Ever been faithless, how about heartless, ever been just a little arrogant or boastful? Ever consider that the person you asked others to pray for just might have been a little gossip? Do you spend more time with something else than you do with God — could it be an idol? Have you ever believed a lie? When we truly examine our heart, the way we think and the way we behave, especially in secret, we all see our depravity and need for the mercy of God and the righteousness that only He can provide.

So, if the Godly person shouldn’t pass judgement on other people what should we do in the face of the seemingly out of control sins of the day, like sexual sin and the LGBTQ movement? I am so glad you asked. First off, we should see our own sin(s). What separates us from a Holy God? Be blatantly honest! If there is any way you can be implicated, admit it. I have referred to the first sexual addiction questionnaire I did, 30 years ago. I was able to rationalize and finagle my way through getting only a couple of the 100 or so questions wrong. When I read the directions, that I was supposed to implicate myself, if there was any way the question could apply. On redoing the test, I think the only things I got right was the spelling of my name and that I was male in gender. Be honest with yourself in front of a listening God. When we realize how much we have received in mercy from God, we can honestly convey this loving and Holy God that so wants to give mercy, righteousness and justification to anyone and all who turn to Him. Including those of the LGBTQ deception. Not talking down, like we are in some higher righteous position, but that we are in the same position. We too, have been deceived, are deprived and inherently sinful, as is everyone. Without God, the depravity will continue to get worse and worse. That downward spiral cannot stop without the intervention of God’s mercy, forgiveness and help. Only the power of God can bring hope, help and healing to the person(s) without Him in their life. The message of the gospel is not one of condemnation but of hope and restoration with a merciful God. I have my own story of being restored to God. I know stories of transgender men who physically altered their body to be female in appearance. One person was living as a prostitute. The words of a loving pastor in front of a church, on a sidewalk, on the prostitute’s beat, “Come on in, you are loved and welcome here” were words this person could not get out of their mind. In their lifetime this person had never heard the words “you are loved.” He returned to that church and discovered the love of God. Today he has returned to his birth gender, minus body parts that can’t be replaced, he works the streets to share the love of God through Jesus with all who will listen to his story. The other transgender’s story is similar, except it was a persistent woman who met him/her in the park and repeatedly would express the love of God to him. He is sold out to Christ today, also returned to his birth gender and travels the country to share his story with all who are without God as he was.

You have your story of falling short of the glory of God and how you were restored to a right relationship with God because of what He did for you, and you live by your faith in His promise of mercy, forgiveness and righteousness — SHARE IT!

Lynn Fredrick is the author of “Stand Firm,” a guide for using the divine power of God to transform your life.