Showing Up, Standing Up & Speaking Up For the Children 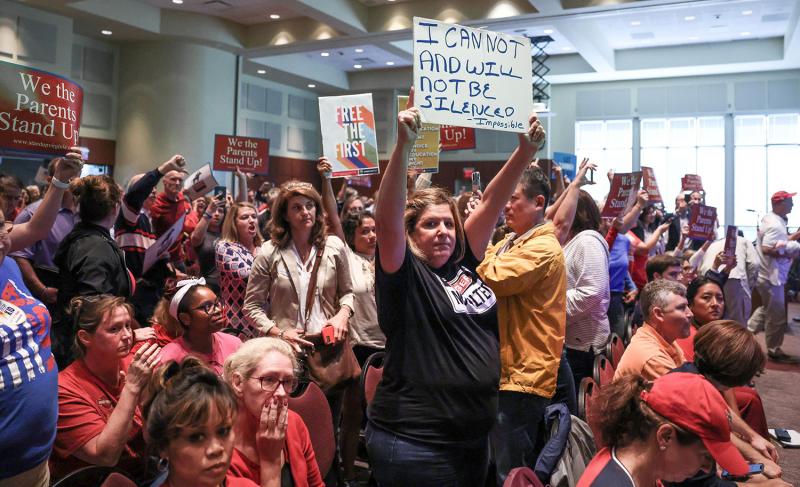 Parents with children in Wauwatosa School District are rightfully upset.  The district is doing everything it can to indoctrinate their children, starting as early as Kindergarten, by exposing them to inappropriate instructional material as part of its Human Growth and Development curriculum.

Concerned parents and other citizens have organized and have done an incredible job of showing up, speaking up, and standing up, letting the school board know their opinion on proposed changes to the district’s sex ed program.

The board notified parents the first week of August about proposed changes to the Human Growth and Development curriculum, changes that include classes on gender identity, sexual-orientation, and other sex-themed topics from kindergarten through high school.

What I first noticed about the parents’ efforts and approach was how very knowledgeable they were about what Wisconsin’s law actually says about these programs. For instance, they knew that nothing in Wisconsin’s law requires a school district to have a Human Growth and Development, aka sex-ed program. Having such a program is totally at the discretion of the school board.

This group also knew that if a school district decides to have a sex-ed program, then certain things are required, including an advisory committee comprised of representatives from certain groups of citizens, including medical personnel, members of the clergy, and parents. The law also clearly limits how many school-district-related people can be on the committee.

Importantly, a number of those involved with this effort had actually spent time looking at the proposed curriculum and related instructional materials. They knew exactly what they were talking about when they stood before the school board and voiced their concerns.  Some read directly from the material; others made specific references to certain objectional elements and noted the grade level. That kind of specificity shows the board and other district officials that people have done their homework and are not just speaking generally or without first-hand knowledge of what’s in the program.  Specifics make it hard for officials to dismiss the allegations.

Finally, this group has paid close attention to what the district was doing with scheduling meetings and other actions it was taking, including a public survey on the proposed changes.  Using emails, texts, phone calls, and word-of-mouth, people concerned about what was happening informed others, letting them know, for instance, that the survey was available online and encouraging them to weigh in before the deadline. That’s a smart move. If the school district is going to solicit public input, then it’s fair game for people to let others know and urge them to use the mechanism the district is providing.

The stand this group is taking and the pressure they are bringing are important.  The curriculum that Wauwatosa is considering is maybe the worst that I’ve seen. It exposes 5-year-olds to concepts and visuals they are in no way prepared to handle. The press to convince students that their biological sex is a fiction and change to be changed and that homosexuality is normal and even healthy is intentional and intense.  They audaciously start as young as they dare — in this instance kindergarten — and just keep bombarding the students with lies wrapped in strong emotional language and pseudo-science. It’s very wrong, and it’s very right that people have gotten informed and organized to take on the issue and the district for the sake of the children.

This matter in Wauwatosa is far from over, and there’s no guarantee that this well-coordinated, savvy effort will result in the district backing down. But the example these folks have set is worthy of emulation.  Wauwatosa certainly isn’t the only school district in the state pushing an inappropriate Human Growth and Development program.

Hopefully in Wauwatosa, win or lose on the Human Growth and Development issue, this group will stay organized and involved. They are learning good lessons as they go along — lessons that will help them on other issues.  The very best way to bring about positive changes in school districts is for parents and other citizens in that district to take an active, on-going interest. One-and-done doesn’t work; it takes persistent and consistent work. And all the evidence I see right now says Wauwatosa concerned citizens understand that and will continue showing up, speaking up, and standing up.