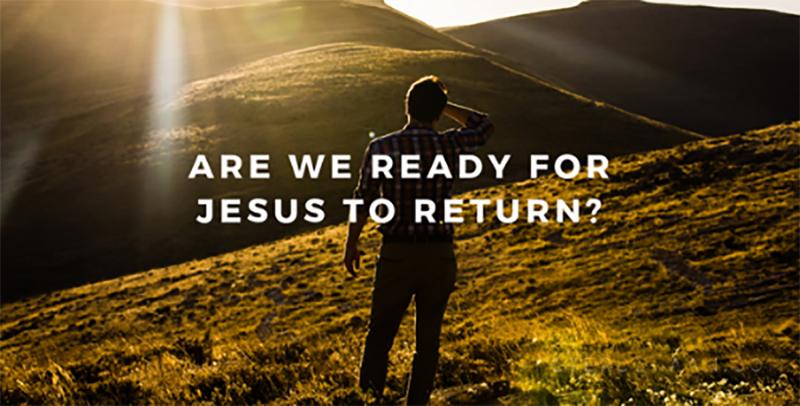 Author of “The Late Great Planet Earth” and one of the leading pre-tribulation Rapture “experts” of the 20th century, Hal Lindsey, once wrote, “The truth of the matter is that neither a post, mid, or pre-Tribulationist can point to any single verse that clearly says that the Rapture will occur before, in the middle of, or after the Tribulation.”  And, yet, many of you incessantly divide, criticize, and reprove one another, each claiming to know the truth about the “Rapture.” As expected, some readers have “condemned” me, for my views, since this series began.

The notion of an “end-times” Great Tribulation comes from Matthew 24, a chapter that futurist teachers explain is Jesus’ prophetic revelation of distant, forthcoming events that lead to the end of all things.  The world’s most popular Bible translation, the King James, aids this understanding by informing the reader that, here, in the Olivet Discourse, the disciples asked Jesus about “the sign of [His] coming, and of the end of the world” (3).  As such, what follows in Jesus’ response must be describing what people will see when the “end” is approaching: false messiahs (5), natural disasters (7), and a general course of societal depravity (12).  Many Christians believe they are seeing these signs, today. If true, then so must be what happens next in verse 21: “For then there will be Great Tribulation, such as has not been since the beginning of the world until this time, no, nor ever shall be.” This is what many Christians believe is coming upon the world – but from which they will be raptured.

Such is the narrative given to much of the Church by your favorite, time-tested pastors like David Jeremiah, John Macarthur, Charles Stanley, or John Hagee.  And who is to question them?  Indeed, they have decades of experience backed by advanced theology degrees and ministries supported by thousands of followers.  They know everything, right?

Friends, if you read Matthew 24.1-33 as futuristic for our time, then you have a significant textual problem that requires reconciliation.  In verse 34, Jesus concluded his narrative with a targeted promise for his disciples: “Assuredly, I say to you, this generation (“genea”) will, by no means, pass away until all these things take place.”  Remember, to understand any biblical term, one must examine its preceding Scriptural usage and read it within the proper context.  Every time – without exception – that Matthew utilized the phrase “this generation,” he was describing the contemporaries to whom Jesus was immediately speaking in that moment; never an unspecified future generation (See 11.16, 12.41, 42, 45, 23.36). This is supported by Matthew’s grammatical use of a near demonstrative (“this”) which emphasizes an immediate directive to that present audience.  Indeed, by definition, a “generation” is “the sum total of those born at the same time, expanded to include all those living at a given time.”

The surrounding context of Matthew also supports the notion that Jesus’ audience was “this generation.”  In chapters 21-23, Jesus pronounced judgment upon apostate Israel by promising retribution for their rejection of God’s salvation, which concluded with His prediction that their “house is left to [them] desolate” (38).  As Jesus delivered these warnings, Matthew confirmed that, “the chief priests and Pharisees…knew that He was talking about them” (21.45).  Even the nature of the signs given (v. 5-14) bear witness that Jesus was speaking to His first century “generation.”  For example, consider His warning of forthcoming “false messiahs” (5). True Christians are not fooled by men claiming to be the Messiah, precisely, because they know Who the Messiah is.  Why warn the owner of a genuine article not to be hoodwinked by a counterfeit, if they already have the real thing?  This warning is given to someone who is still searching and can be deceived by the imitation.  And who continued their search for the Messiah after His death?  The Jews.

Jesus was not informing the disciples what future Christians should be keeping an eye out for in 2023.  This discourse was given to first century Jews as a warning to know when the event that Jesus’ prophesied in the very first verse would happen – the temple destruction. When these signs occurred, people would realize that what He had predicted was close at hand so that God’s remnant would be preserved.  Jesus was not, therefore, speaking about the end of the “world;” this a KJV mistranslation.  Matthew does NOT use the Greek “kosmos,” (“world”).  Rather, he applied the word “aionos” (“age”) because the destruction of Jerusalem would end the Judaic era.

Scholars agree that a first century generation encompassed an average of 33-40 years.  Since “this generation” was first century Israel, then everything Jesus predicted prior to this statement would have needed to happen within 40 years after His death.  Read your history, friends – they did!  The Jews tolerated numerous false messiahs, nations warred despite Rome’s desire for peace, and famine and earthquakes decimated the surrounding regions.  Paul, too, confirmed that the gospel of the kingdom was preached to the whole world (Romans 1.8, 6.19, Colossians 1.23).  Even so the “Son of Man coming on the clouds of heaven,” an explanation for which you will find in last month’s article.

All these signs that people would witness leading up to the temple destruction culminated in verse 15, as Jesus advised that when the Roman armies (“abomination of desolation”) arrived to lay siege to Jerusalem (Luke 21.20), “let those who are in Judea flee to the mountains,” because the subsequent “[great] tribulation” (21) to occur against the city would produce what “has not been since the beginning of the world until this time, no, nor ever shall be.”  Indeed, prominent Jewish historian Josephus, confirmed that blood ran like water during Jerusalem’s assault, burial was forbidden leaving rotting bodies in the streets to spread incurable disease, and mothers were forced into cannibalizing their children to avoid starvation.  Over 1 million people were viciously slaughtered, hundreds of thousands taken into captivity, and the survivors unceremoniously and helplessly dispersed as the entire Jewish institution and identity was shattered, heralding the official end of the Judaic age.

When did Jesus give this prophecy about the temple’s destruction?  AD 30; just before His crucifixion.  When was the temple destroyed?  AD 70; 40 years later, within that very generation.

Friends, we have arrived at the moment of truth.  The Great Tribulation that you think is in the future – the horror from which you wait to be raptured – is in the past.  It has come and gone.  This event was the fulfillment of Jesus’ Olivet Discourse against Israel, 1,952 years ago at the destruction of Jerusalem, as retribution for their covenantal adultery.

There will not be a pre, mid, or post-tribulation Rapture because there is no future Great Tribulation period.

Are Christians free, then, from persecution?  No.

Little less complicated, is it not?