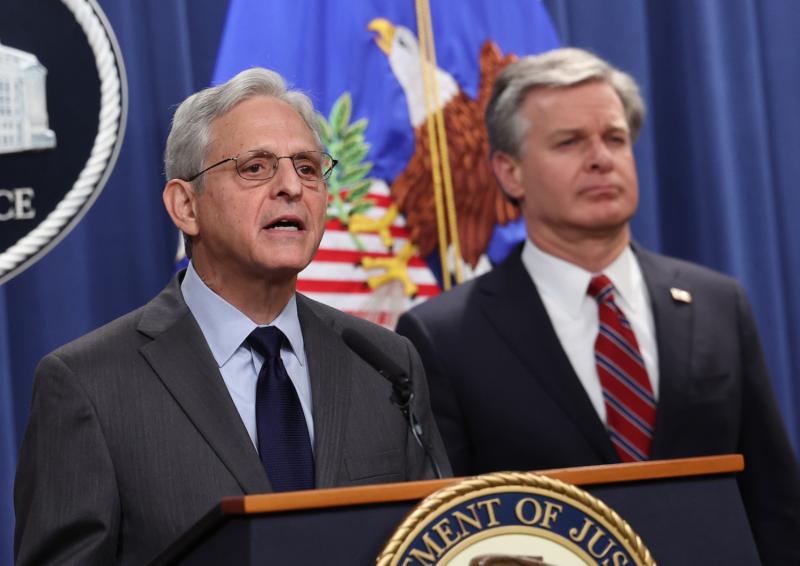 “We cannot expect the Americans to jump from capitalism to communism, but we can feed them small doses of socialism, until they awake to find they have true communism.”  (Nikita Khrushchev).

On Friday, November 4, 2022, the Republican members of the House Judiciary Committee released a 1,050-page report that extensively details the current weaponization of our nation’s Department of Justice and FBI under the leadership of Attorney General Merrick Garland and FBI Director Christopher Wray. Of course, the damning and provable investigative findings detailed by the report received virtually no coverage in the media. As I painstakingly read through the entire document over the weekend of its release, I was troubled by the findings as they related to the 1958 book, “The Naked Communist,” written by Willard Cleon Skousen.

For those unfamiliar with this work, it is a 358-page book published in 1958 by Skousen, a former FBI agent and an adviser to presidents and universities about the dangers that Communist infiltration posed to our institutions. The book listed forty-five Communist goals that were read into the U.S. Congressional record by then Representative A.S. Herlong of Florida on January 10, 1963, just ten months before the assassination of President John F. Kennedy.

As I read the newly released House report on the politization and weaponization of the Department of Justice and the FBI, I was consistently drawn to the statements made by Barack Hussein Obama and many of his inner circle before, during and after his eight years inside of the Oval Office, matching Obama’s “fundamental transformation of America” (including his current third term) with the nuances of the House Report. Finally, I obsessively immersed myself into numerous accounts that could effectively prove that many, or perhaps most, of the Communist goals cited by Skousen have already been achieved. The final, remaining goals could now be more readily and easily accomplished by the fear-based paralysis of Americans, especially conservative Christians who worship their comforts and lifestyles more than their liberties and freedoms.

The report is, in part, the compilation of information derived from dozens of whistleblowers inside the DoJ and FBI and is described as “the first comprehensive accounting of the FBI’s problems to date, which undermine the [their] fundamental law-enforcement mission.” The report asserts that that Attorney General Merrick Garland and FBI Director Christopher Wray are “willing participants in the Biden administration’s weaponization and politicization” of our nation’s top enforcement agencies by using aggressive tactics against their political opponents while dismissing the criminal actions of the regime’s ideological allies. Examples are plentiful.

The DoJ and FBI are using counterterrorism resources to investigate parents protesting perverse, far-left school curriculum for their young children, a job made much easier since former President Jimmy Carter – himself a “progressive,” created the Department of Education in 1979. It is easier now that there is somewhat of a centralized control of public (i.e., government) schools to indoctrinate our children with Common Core teaching and promote the most perverse books, activities, and materials – from transgenderism to drag queen story time.  Disturbingly, another goal accomplished by the Communist agenda.

Since the “reversal” of Roe v. Wade, the FBI has turned a blind eye to the numerous attacks on pro-life pregnancy centers and related facilities while prosecuting pro-life protesters. The report verifies the FBI’s collaboration with social media platforms “to censor Americans’ political speech” that does not comport with the far-leftist ideology. The report contains disturbing information that the FBI is actively purging agents and employees who adhere to conservative ideals and is threatening to pursue internal legal action against any additional potential whistleblowers who speak about such inner workings.

Over a year ago, I wrote exclusively for the Wisconsin Christian News about the suppression of Hunter Biden’s laptop and the Biden family’s criminal corruption in Ukraine, China and elsewhere, the investigative report verifies that Mark Zuckerberg, CEO of Facebook, met with the FBI and subsequently censored all information about the Biden crimes – a serious matter that pits the U.S. in a proxy war with Russia over Ukraine. This, plus the political motivations behind the Mar-a-Lago raid and the Clinton campaign’s influence in spying on President Trump as a candidate and while in office.

The report also details the FBI and DoJ’s aggressive posture against any employee sympathetic with the plight of the January 6, 2021 protesters, regardless of the protections offered by the First Amendment. Most troubling, perhaps, is the revelation by one whistleblower that such politically motivated investigations take precedence over “child sexual abuse material investigations were no longer an FBI priority and should be referred to local law enforcement agencies.” Merrick Garland and FBI Director Christopher Wray need to be held accountable in addition to the corrupt and Godless Communist Leftists, from Biden the puppet to each and every one of his handlers and associates, and even those who support them.

Unless “We The People,” the first three and largest words of our Declaration of Independence, act now to demand immediate impeachment, charges of treason, a proper trial and just punishment, America will continue her downward slide into the Communist abyss. We have seen the actions of some brave parents push back locally at school board meetings, others standing up for our right to speak and dissent, and assume the biblically mandated mantle of righteous anger and leadership.

Merely unmasking “The Naked Communist(s)” is the easy part. What we must do — and finish —  will be more difficult. But “do” we must, for we will be held to account for our inaction by a higher authority.