This Is What I've Learned...From Being A Heartbeat Away 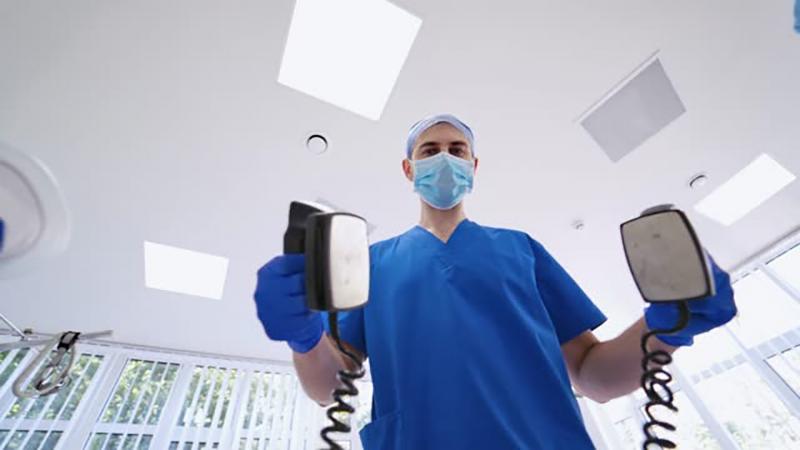 Complimentary Story
November  2022
I’m sure you’ve seen those medical ads on television that say, “Today is the day your heart attack arrives.” Well, on the night of September 18th, mine did!

I remember the day began like any other day…the 18th of  September was a Sunday, and I was out on the road in ministry, with two services to perform that morning, and then a short two-hour drive to Nashville, Tennessee later on that afternoon for a week of scheduled songwriting, and business appointments.

But that evening, after enjoying a birthday party for my eldest grandson, at my son’s home, when I went to bed, while lying down, I began to sense a strange metallic taste in my mouth, which then triggered a tightness on both sides of my neck, traveling downward into my chest, that felt like the jaws of a giant clamp around my heart. At first I thought it might just be indigestion, but then intuitively realized that this was something more. So I headed to the kitchen to get a drink of water, find an aspirin, and called out for my son…but when my son and daughter in law came into the room, I quickly found myself on the way to the hospital.

After arriving at the emergency room, the doctor, and the staff began adamantly working on me, hooking me up to an IV, along with various machines to determine what was occurring.  Then, I heard the doctor say, “We’re losing him,” and shaking me, said, “Stay with me buddy, you’re having a heart attack!”

Now I don’t remember much of what occurred in the emergency room, or in the cardio-lab that night, but I do remember that when the ER doctor said that to me, seeing my son standing at the foot of my bed, with tears welling up in his eyes, and me saying to him, “I’ve had a good run,” all the while thinking to myself, “this is it…I’m just a heartbeat away!”

Over the course that night, the cardiologist installed a temporary pacemaker, successfully performing an angioplasty with a stent to relieve the 100% blockage that had occurred to the right side of my heart.  And during the next couple of days that I spent in the ICU unit, when the doctors, and some of the nurses would come in to see me, they’d smile and say, “You’re kind of a celebrity around here,” and I knew it wasn’t because of anything I’d ever done in my lifetime of 65 years, but because of the FOUR “code blues” I’d survived. The cardiologist told my wife, and me, that he’d had to hit me with the “paddles” four times, and even shared with my son, that a couple of those times, they couldn’t get my heart started, but then after a couple of minutes, it would begin to mysteriously, beat again.

I thanked my cardiologist for saving my life, but his humble reply was, “It was God who saved your life, He only used me as an instrument…and He obviously still wants you around, and has something for you, still yet to do.”

Now I can’t say as some have said in similar circumstances, that I had a life after death experience…all I remember, is waking up after the fact. But I can tell you, that ever since this life-changing event occurred to me, I’m soul-fully convinced of the validity of this theological truth, that I learned way back in school so many decades ago… “There is nothing that can take us from this life, until God’s plan for us is completed, and that there is nothing that can keep us here, once His plan for us is finished.”  Along with something the Apostle Paul said in Philippians 1:22, that I have truly found a renewed strength in… “As long as I’m alive in this body, there is good work for me to do.”

So this is my encouragement to you, since you, like I, find ourselves in the same human condition, just a heartbeat away from eternity…

Let’s be about this good work, for there is still something for all of us…yet to do!