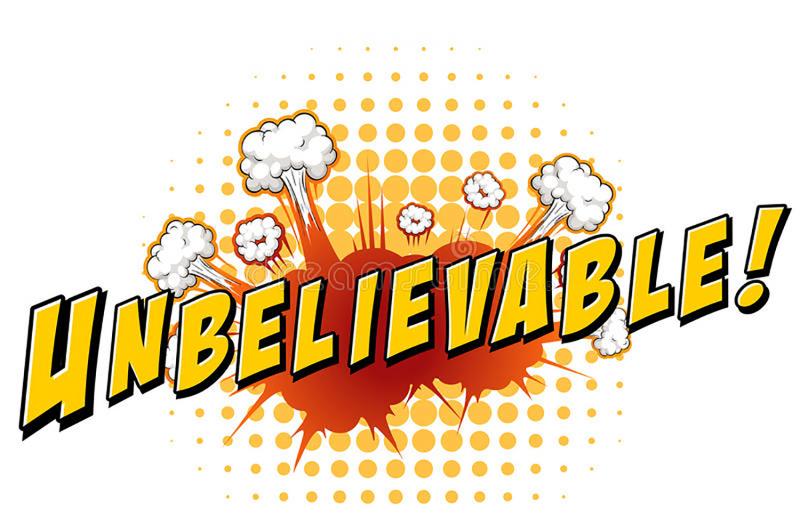 Complimentary Story
After reading my daily news feeds, I often find myself shaking my head and simply saying, “Unbelievable.”  Yet the stories I’m about to share with you (in no particular order) are absolutely true, believe it or not.

First up, the Daily Signal recently reported this: “Imagine that a progressive American city creates a financial incentive for residents to ‘transition’ from man to woman or from woman to man.  That’s exactly what San Francisco has just done with a program called ‘Guaranteed Income For Transgender People,’ or ‘GIFT.’”

This ‘GIFT’ program will provide a monthly incentive of $1200 for people who choose to “transition” from their biological gender.  Apparently the media, public schools, corporate and government-driven propaganda pushed on our young people nationwide, resulting in a 4000% increase in “gender dysphoria” just this year alone is just not enough.  Now, San Francisco is incentivizing this perversion — handing out a $1200 monthly ‘GIFT’ for those willing to even just try out “transgenderism” to see if it might be “right for them.”

As usual, young people are especially targeted for this program, and as the Daily Signal pointed out, “Gender transitioning is now, for many minors, a trend.  But this trend, unlike goth or grunge, leads to sterilizing cross-sex hormones and disfiguring surgery.”  But hey — it also includes a guaranteed income of $1200 a month.  How many mathematically-challenged, brainwashed young people will fall for this?  I guess time will tell.  Unbelievable.

I’m sure you all remember the “Affordable Care Act”  — you know, “Obamacare,” which made health insurance prohibitively expensive for everyone.  This is what the Communists do: they call something the exact opposite of what it really is, and in doing so, it just sounds so much better.

Well, they’re at it again, and now Congress is pushing the so-called “Respect For Marriage Act” — which doesn’t defend marriage at all; it simply redefines it and officially makes sodomite “marriage” the law of the land.  Before this happens, and like so many other things, we simply blindly accept it, while our American culture disintegrates, let me just remind you of what marriage actually is, and has always been since the beginning of time.  Webster’s 1828 dictionary defines “marriage” as “The act of uniting a man and woman for life; wedlock; the legal union of a man and woman for life.”

In 1996 we had the “Defense of Marriage Act,” which stated the word “‘marriage’ means only a legal union between one man and one woman as husband and wife and the word ‘spouse’ refers only to a person of the opposite sex who is a husband or wife.”  But the Defense of Marriage Act was found “unconstitutional” by the Supreme Court in it’s Obergefell decision in 2015.  Now, our so-called “Representatives,” pandering to the monster that is the LGBTQP+ machine, is planning to hammer the final nail in the coffin that was marriage and family.  Note that this will only be possible with the help of our “good” Republicans, and 12 Republican senators just voted to advance it.  Unbelievable.

The so-called “Human Rights Campaign” is an extremely well-funded sodomite organization that works to bully corporations into promoting the LGBTQP+ agenda.  Support a sodomite cause, drag queen story time, or pride parade and get “points” from the HRC.  DON’T support these things, and get labeled a “hater.”  That’s how it works.  You might be interested to know that, according to the HRC website, over 620 major businesses have now adopted “gender transition” guidelines to push transgenderism in the workplace.  In 2008, there were 90 companies on board with this.  As of last year, the number is 624.

You should also be aware of some of the companies ranked highest on the list with a 100% approval rating from HRC...companies you do business with regularly.  Those that top the list include Walmart, Exxon Mobile, Amazon, CVS Pharmacies, AT&T, Chevron Corporation, Ford Motor Company, General Motors, Costco, Disney and Google.  But these are just the “big boys.”  (If there’s any such thing as “boys” anymore). There are more than 500 major US corporations supporting the sodomite propaganda being pushed everywhere in our culture, including some companies you’d never expect.  The latest to “come out” in support of this perversion is Tractor Supply, a farm and hardware chain, frequented by hardworking traditional American families.  Unbelievable.

In other news, Disney has doubled-down on their promotion of all things “queer,” as they continue to push this indoctrination of our little children in their movies and television shows.  Parents would be well advised to ban everything Disney-related from their homes.  If the lesbian kiss in the latest Buzz Lightyear movie wasn’t bad enough, their recently released animated movie, “Strange World,” is all about an openly homosexual character.  But “Strange World” was a flop at the box office, as more parents are waking up to the perversion of Disney.  In fact Disney stock has fallen by 40% this past year alone.

But Disney isn’t just corrupting our kids’ minds with sodomy.  They’ve long been offering soft-core occult entertainment as well.  And now, they’re openly promoting Satan.  In a new series called “Santa Clauses,” on the Disney+ channel, the show includes a scene of children holding letters which spell out the phrase “We Love You, Satan.”  Disney, of course, explained that this was just one of several comedic moments in the show, and the kids were supposed to spell out “We Love You, Santa.”  But it seems Disney no longer cares what parents think — their time is short, so they’re corrupting our childrens’ minds in every way possible, as quickly as possible.  Indeed, the kids spelling out “We Love You, Satan” was no accident or merely a poor decision in film making.  It was intentional... And Unbelievable.

In other news, the Biden administration is streamlining the illegal immigration process, making illegal immigration appear “legal.”  At least that’s the plan.  Embarassed by fifty immigrants landing in Martha’s Vineyard earlier this year, and pressured by the negative optics of Americans learning about the millions pouring across our southern border, then being resettled in communities coast to coast under the cover of darkness, the administration has set up official “welcome centers” on both sides of the border.  Few people know about this.

But these welcome centers are housing thousands of immigrants from Nicaragua, El Salvador, Honduras and Venezuela, just south of the US border.  Then they’re given temporary legal status papers and driven into the United States to similar welcome centers here.  Once their papers are verified, they’re all released to begin permanent lives in the American city of their choice.  These immigrants don’t have to cross a dangerous river, hike through brush or hide from authorities.  Now, the so-called “authorities” are helping them cross, live here and obtain a cornucopia of welfare benefits which are not available to real American citizens.  Nothing has changed, except now our government has streamlined the process, changed the optics so it looks better, and the average American is none the wiser.  Unbelievable.

And the Climate Change Cult is still at work around the world.  The Dutch government is planning to seize and close 3,000 farms in order to comply with EU environmental rules.  The government will conduct a “compulsory purchase” of these farms as part of a voluntary, one-time offer.  If farmers refuse the offer, their land will be seized and farmers will receive nothing.

Also, an article recently published by CNN claims that dogs, cats and other household pets that eat meat contribute to “global warming.”  The Greenies are also complaining about the manufacturing of pet food, because they claim it also results in a significant quantity of greenhouse gas emissions.  So now they want to take our pets too.

And  according to CLG News, “the monitoring of personal behavior by banks will take another step forward as Canadian credit union Vancity launches a new credit card technology to report users’ carbon emissions. Vancity announced that it will be ‘the first financial institution in Canada to offer its individual and business members a way to estimate the CO2 emissions that come from their purchases.’ This will be the first carbon counter program for Visa holders. Mastercard already provides a CO2 emissions-tracking card, developed with technology from Swedish company Doconomy. The Visa credit card technology also provides ‘education and behavioral nudging’ so that card users are not only informed about the CO2 emissions of their buying activity but also told how to reduce them.”  Unbelievable.

And it was recently reported that more than 200 million doses of COVID shots were dumped by pharmacies and government health agencies due to greatly reduced demand for them.  Don’t forget that those 200 million doses were paid for with our tax dollars, and millions more have already been ordered — with compulsory contracts with the jab-makers, even though people are now coming to understand how deadly they are.

And the truth is becoming more and more difficult to hide when it comes to the official COVID narrative.  Recently the FDA stated that their telling people not to take Ivermectin for COVID-19 was just a “recommendation,” and that their statements were mere “suggestions” and not “directives.”  This, after doctors were forbidden to prescribe or administer Ivermectin, and pharmacies were forbidden to dispense it.  Many doctors were fired and lost their licenses for prescribing this product, which has been proven to significantly help COVID patients.  Now three doctors in Texas are suing the FDA, for illegally interfering with their ability to prescribe medicine to their patients.  Of course, we told you what these government agencies were doing as this was all going on.  When something is forbidden, while other drugs, like the deadly jabs and Remdesivir are mandated by the government, you should know something’s fishy.  Unbelievable.

And in a world where abortions are revered and celebrated and the sexual mutilation of children is presented as “compassionate,” now euthanasia of children (without parental consent) is being proposed in Canada. According to Sons Of Liberty, “In a prestigious medical journal, doctors from Toronto’s Hospital for Sick Children have laid out policies and procedures for administering medically-assisted death to children, including scenarios where the parents would not be informed until after the child dies.

“The article appears just three months before the Canadian Council of Academies is due to report to Parliament on the medical consensus about extending voluntary euthanasia in circumstances currently forbidden by law. The Canadian Council of Academies is specifically looking at extending so-called ‘assisted dying’ to patients under 18, psychiatric patients and patients who have expressed a preference for euthanasia before they were rendered incapable by Alzheimer’s or some other disease.”

Here in this country, Bill Gates recently stated in an interview that it’s time we look at euthanasia of our elderly population, rather than “wasting” money on healthcare for them.  Have you noticed that the same topics, the same agendas, and often the same exact wording is being pushed now, all over the world?  It’s amazing how so many things that were labeled “conspiracy theories” two years ago have now been proven to be true.  Almost as if there were a “New World Order Agenda” going on...  Unbelievable.

I don’t have time here to tell you about the more than 7,000 pedophiles who were released from prison in California recently after serving less than a year in jail.  These include some of the worst sex crimes imaginable against children under 14 years of age.  You can find that information at OffThePress.com or the UK’s Daily Mail.  It’s truly Unbelievable.

Share this information, friends.  You’ll be surprised how many don’t know about these things and how many won’t believe them, even if you bring the actual facts and figures and studies for proof.  We must continue to speak the truth, expose the wicked deeds of darkness, and point everyone to our only hope for deliverance from this present darkness — and that hope is Jesus, who IS the way, the truth and the life.