What's the Point of the GOP? 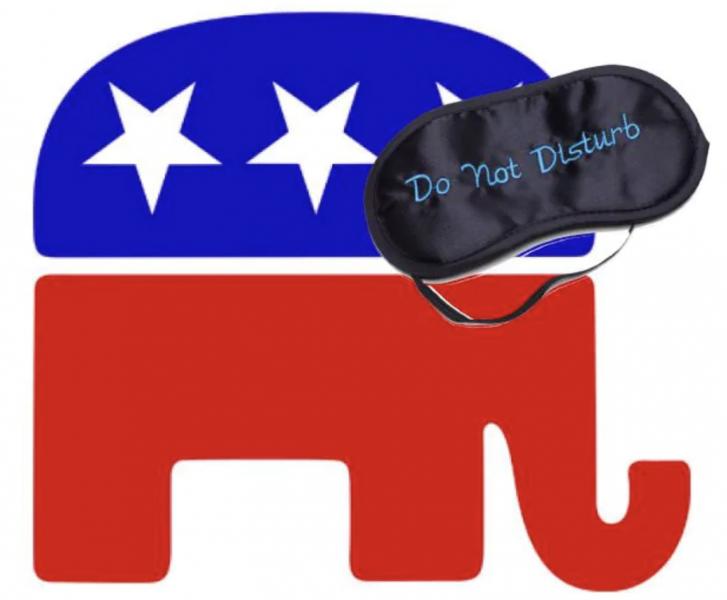 It begins with our expectations.  When we cast a vote for a representative of some office, we vote with an expectation that the person, if elected, will follow through with what they told us they would do if elected.  However, as often as not, we’ve been disappointed in that regard.  Perhaps even more often than not…

Looking back to the source, we go to the party to which the candidate belongs.  What does the party stand for?  Is it stated, explicitly anywhere to be seen when one searches the party?  GOP.com, the Republican Party website, has no statement of what the party stands for nor is there any prospective legislative or policy agenda.  GOP.gov, the House Republicans website, has some bland headlines about making the economy stronger, making the nation “safe,”  making sure freedom is in the future and “accountable” government under the heading “Our Commitment to America.” Under “Issues” we find a list of the stock complaints directed at Biden – as if Biden was single-handedly responsible for where the nation and Americans find themselves today.  Eyeroll. Yawn.

Donald Trump’s 2016 election, for which a case can be made that it was a proxy “third party” victory, proved that conservatives, that is, common sense Americans, are the majority.  He won election not because of, but in spite of the GOP.  Americans were beginning, if slowly, to wake up to the fact that “winning” is not filling congressional seats and the White House with Republicans.  “Winning” is only getting the passed legislation and policies that the people and the nation want and need to keep the promise of America’s founding principles and greatness intact and vibrant.  Successive GOP majorities had failed to provide those things.  President Trump had made clear what he stood for and, to the extent that it was possible for a totally beleaguered president to do so without any support from his own party’s congressional majority, he delivered on those things.

So why have a party?  If a party is not a collection of people dedicated to a political purpose or purposes with the intent of seeing them brought to fruition, what is the point of the organization?  The Democrats in congress present a formidable fighting force for their agenda, whatever it is.  Republican voters on the other hand, have no fighting force.  They have an effete “talking” force, which talks, postures and grandstands about things they believe that their voters want to hear – only.  In the past twenty-two years, Republicans have held the White House for 12 years.  They have had house majorities for 12 years and senate majorities for 10 years.  Not a single piece of conservative legislation has been passed during that time.  None of the watery ideals the GOP.gov website speaks of were realized.  None are stated goals.

If a country fields an army and goes into combat, what happens when some of its soldiers begin firing on their own side?  Rhetorical question.  What happened with full repeal of Obamacare, which all Republican candidates stated that they supported during their campaigns?  It failed when three GOP senators voted with the Democrats to keep it.  In doing so, the three people, turning their fire on their own side, went against approximately 38.8 million GOP voters.  38.8 million people who wanted the “Affordable Care Act” abolished and who voted with the GOP to make it happen, electing a president ready to sign the repeal, were taken down – by three people, senators Collins, McCain and Murkowski.  Both women remain in office as Republicans.

That history, by no means the only such act by GOP members of congress, begs the question, “What does the GOP really stand for?”  A valid follow-up question is “What difference would it make if they did claim to stand for a principle or an agenda item?”  If two or three members of congress as nominal “Republicans” can undo the larger party’s entire agenda, then what difference does “party” make?  When those in the earlier army example fire on their own side, they are removed.  The party, as a fighting force for the peoples’ will, should have immediately announced and maintained “We no longer want you in office as Republicans.  We will primary you when you are up for re-election.”  They did nothing of the kind. These senators with party leadership support have been re-elected, outstanding examples of Republicans!  Obvious explanation: the GOP wanted the repeal measure defeated.

GOP voters have no fighting force in their corner.  They have only talk. They have only the illusion of a fighting force.  In 2017, Republicans could have funded a wall, not for just 200 miles, but for the entire US/Mexico border.  They refused. Yet an “issue” on the House website is called the “border crisis.”  It’s not a crisis.  It’s a plan!  What else could it be?  When you pay for a hole to be dug in your back yard, you hand a worker the shovel and you pay him for the job, but no hole is dug, is it an accident?  Like the hole not dug, the wall not being funded and built wasn’t because the American voters didn’t want it done.  It was because “others” didn’t want it done.  So what do GOP party “issues” and “commitments” mean?  Mightn’t they also commit to “free ice cream and cake for all?”

GOP voters are seeing their legislative and policy wants and needs totally rejected.  In the mid-1800s there were two political parties.  They were the Democrat and Whig parties.  Whig voters were disgusted with slavery and wanted it abolished.  However, the Whig leadership opposed abolition.  Like today’s GOP, they pretty much told their voters to go “pound sand.” Unafraid in those formative days to “think outside the box,” the former Whig voters banded together to found the abolitionist Republican Party.  By 1860 they had their man, Abraham Lincoln in the White House.  Slavery was abolished and the Whig Party disappeared.  It’s been the GOP and Democrats ever since.

Today it appears that the Whig Party is reborn as the GOP with the party refusing to deliver on their voters’ policy wishes.  Following the 2022 midterm election, GOP senator Josh Hawley tweeted :  ”The old party is dead.  Time to bury it.  Build something new.” Without going into all the things which need to be done which the GOP doesn’t even mention, isn’t it time for today’s conservatives to “think outside the box,” a very effective box constructed by those whose intention it is to rule, and continue to rule as they wish while the voters “pound sand?”  Isn’t it time to build a new party, a party which is designed from the ground up to be a true fighting force for those things its voters want?  Isn’t it time to create a new organization which will not tolerate or hold in good standing any of its delegates to US congress or the White House who go against the party’s clearly defined platform and legislative agenda?  Isn’t it time for a party which proudly states what it stands for in explicit terms and which posts a comprehensive legislative agenda on its website for all to see?  Isn’t it time for that party to demand that any who run for office under its aegis swear to never deviate from the agenda else be summarily expelled from the party?

If a “party” isn’t a legislative fighting force, then it’s useless to the people.  Where the people are concerned, it has no reason to exist.  As thing stand, in other than mainstream media journalistic lore, there is no “aisle.”  If the common-sense Americans want to truly have a voice, they will have to think outside the box and create the vehicle to carry and execute the will of that voice.  At present, such a vehicle does not exist for Republican voters.