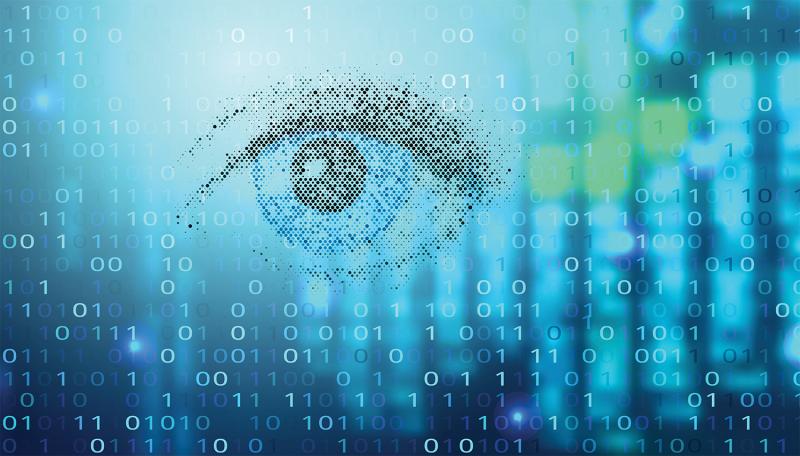 Complimentary Story
January 2023
Transhumanism, Artificial Intelligence, and Pharmakeia have joined forces today to refashion man. Leading thinkers and social engineers have reimagined man as an eternal being, more machine than flesh and blood.

Professor Yuval Noah Harari, a top advisor to World Economic Forum founder Klaus Schwab, has been widely quoted as saying that human beings can be hacked and controlled.

“Humans are now hackable animals. You know the whole idea that humans have this soul or spirit and they have free will. So, whatever I choose — whether in the election, or whether in the supermarket, this is my free will. That’s over — free will.”

An increasing number of people around the world now recognize the so-called “pandemic”  associated with the Chinese Wuhan Coronavirus known simply as COVID-19, as a huge success in terms of forcing heretofore unknown monitoring, surveillance, and curtailments of individual liberties and freedoms globally. This admission is now out in the open among those responsible for creating the mass hysteria that became a tsunami of acquiescence to the unscientific and unprovable dangers the technocrats insured us all were lurking in the shadows. Dr. Harari admitted as much. Speaking within the context of the COVID-19 hysteria (my word not his), Harari noted:

“And maybe most importantly, all this was the moment when surveillance started going under the skin. Because really, we haven’t seen anything yet. The ability to hack humans to understand deeply what’s happening within you and what makes you go. And for that, the most important data is not what you read and who you meet and what you buy. It’s what’s happening inside your body.”

The non-stop daily broadcasting of the alleged COVID-19 death toll, the lies and propaganda of overflowing hospitals and overwhelmed healthcare staffs proved to be orchestrated fabrications designed with one purpose in mind — to allow those with an agenda to create the biggest experiment upon humans ever devised, with government approval, media backing, and with the formidable aid of Big Pharma, the witch’s brew of pharmacology and greed.

Dr. David Martin has been an outspoken critic of Big Pharma, Big Tech, and the entire COVID-19 narrative. He defines the transhumanist drive to recreate man in the image of man thusly:

“Transhumanism is a means by which we exterminate homo sapiens as a species, and go into a post-human experience of reality, where the only thing relevant is the computational synthetic process of a selected set of inputs controlled by a cloud computer.”

Dr. Robert Malone, inventor of the mRNA technology, agrees that the transhumanism efforts go far beyond any kind of humanitarian goal.

“There’s a joint report in Germany from the government of the United Kingdom about transhumanism. That’s not hidden and transhumanism is not a conspiracy. And they talk about the RNA vaccines as an entry point to kind of opening that space, ethically and otherwise. So, that’s part of the transhumanism agenda.”

What space is it that Dr. Malone is referring to? It is the space of the human body, the human mind, the human soul. It is the complete overthrow of God’s purposeful design and creation of humanity.

What kind of evil is this that so animates the minds and motivates the leaders of the World Economic Forum, government leaders around the world, and their lackeys in the media, education institutions, and even the entertainment industry, to advocate for the overthrow of the human race? What kind of hidden evil has deceived even Christians to support and create transhumanist organizations?

What kind of evil is this? It is the kind of evil that can speak the truth of their agenda and people remain blind and deaf to its message. Lance Johnson authored an article recently that brings to light the real agenda and goal of the transhumanists associated with the World Economic Forum and the supporting organizations I just mentioned. Here is what Johnson wrote:

“One of the brains behind The World Economic Forum (WEF), is self-proclaimed prophet, Yuval Noah Harari. He believes in the Great Reset, in transhumanism, in culling the population, and using a global government to control humanity at the bio-metric level. He is praised by Bill Gates, Barack Obama, Mark Zuckerberg, and Klaus Schwab, leader of the WEF.

“Harari talks about ‘useless human beings’  who do not have meaning or purpose. He said the greatest fake news is the Bible. He said Christianity is wrong, that humans are here on Earth for ‘nothing.’  ‘Jesus Christ is fake news,’   be balked. He believes there is ‘no great cosmic plan’ that humans have a role to play in. Instead, he views humans as ‘useless eaters’ who can be hacked and manipulated using digital surveillance under their skin.

“He also believes in culling the population. ‘What do we need so many humans for?’ he is quoted as saying while promoting his latest book.

“In a recent interview, Harari said the world is entering a new industrial revolution, but the products will not be physical goods. Harari said science, technology, and industry’s greatest challenge of the 21st century will be ‘to try to gain control of the world inside us, to learn how to engineer and produce bodies and brains and minds.’ He says these are likely to be the ‘main products’ of the 21st century economy.

He said, ‘Once you know how to produce bodies and brains and minds so cheap labor in Africa and South Asia, it simply counts for nothing.’

“‘The biggest question…in economics and politics of the coming decades, will be what to do with all these useless people,’ he said with a straight face. He said technology will ensure that everyone is fed, so ‘food is not the problem.’

“The problem is more boredom, and what to do with them, and how will they find some sense of meaning in life, when they are basically meaningless, worthless.  He prescribed drugs and computer games as solutions to entertain ‘useless’ people’s brains.

“He said a global government will collect and use data on every person to learn how to engineer bodies, brains, and minds. He says data and biometrics will be used to hack human beings and re-engineer the future of human life itself. He said ‘intelligent design’ never existed and any notion of a Creator God will be driven out of society, as humans become hackable, programmable. Harari even claims that the laws of natural selection and organic biochemistry will be eliminated and replaced by a trans-humanist future, where humans become hackable animals, manipulated and controlled.

“‘We have the technology to hack humans on a massive scale,’ he said. He added crises should be exploited to implement more surveillance throughout society so ‘elites’ can monitor, collect data, and engineer the future trajectory of human life. Much of this surveillance will ‘come under the skin’ as biometric data become a pathway to manipulate human populations. Harari said we already have the ability to go under the skin and collect biometric data, allowing ‘elites’ the power to re-engineer life itself. ‘We are upgrading humans into gods,’ he said.

“He said in an emergency, people trust the ‘scientists.’ He used the example of priests and ministers shutting down their churches worldwide in 2020 to prove that God is dead. Going forward, people will put their faith in the scientific elite and global government, he balked. ‘Even the religious leaders trust the scientists,’ he said.”

This thinking is not new. It has been around for centuries. The former monument that stood in Georgia for forty-plus years known as the Georgia Guidestones summarizes what is being openly stated as the enlightened view of those who fancy themselves our masters. Ten statements or goals of the Guidestone creators, goals that the creators hoped others would adopt are:

4). Rule passion – faith – tradition – and all things with tempered reason.

5). Protect people and nations with fair laws and just courts.

Taken as a whole, these ten rules or guides to world peace, safety, and prosperity can all be placed very nicely within the goals of transhumanism today. But these goals are only attainable if there is a control mechanism or system of control in place which gives access to a majority of the world’s population and an ability to influence behavior.

“Moderna President Stephen Hoge once said that if you can hack the rules of mRNA, ‘essentially the entire kingdom of life is available for you to play with.’

“With the mRNA technology now available in coronavirus vaccine doses, Hoge’s remark suddenly sounded dire. It made people think that someone is about to play with their lives.

“Dr. David Martin, an outspoken critic of the mRNA vaccine, noted that vaccine has to stimulate immunity within the person receiving it and disrupt transmission to other people.

“‘This is not a vaccine … using the term vaccine to sneak this thing under public health exemptions. This is mRNA packaged in a fat envelope that is delivered to a cell. It is a medical device designed to stimulate the human cell into becoming a pathogen creator,’ Dr. Martin said, referring to the mRNA coronavirus (COVID-19) vaccines being used to inoculate the population in many countries worldwide.

“They have been abundantly clear in saying that the mRNA strand that is going into the cell is not to stop transmission. It is a treatment. But if it was discussed as a treatment, it would not get the sympathetic ear of public health authorities, because then people would say ‘What other treatments are there?’

“Dr. Martin warned that with the mRNA vaccines, people are getting injected with a chemical substance to induce illness and not to induce an immuno-transmissive response. ‘In other words, nothing about this is going to stop you transmitting anything. This is about getting you sick, and having your own cells be the thing that get you sick,’ he said.

“The website ‘Humans are Free’ reported in January that Moderna has admitted that its mRNA technology platform is similar to a computer operating system. Scientists prepare a unique mRNA sequence that codes for a specific protein. Once injected into humans, this program is carried out in the individual’s body — at the cellular level.

“‘The mRNA platform is where Big Pharma merges with Big Tech, enslaving human beings to a controlling system designed to profit from their cellular and biological functions into the unforeseeable future,’ the Humans are Free article stated.

“The article accused the people behind the mRNA experimentation of building psychological justification and scientific precedent to declare human immune systems incapable of combating diseases.

“In this way, the article said, people, will submit their bodies to the latest mRNA programs as they become dependent on the biological software that has been created for them.

“By casting shame on human immune systems, drug companies have also found the perfect alibi for when their experiments cause injury in humans.”

You may support The Transforming Word Ministry by sending your gifts to: