The Wrong Shall Fail, the Right Prevail 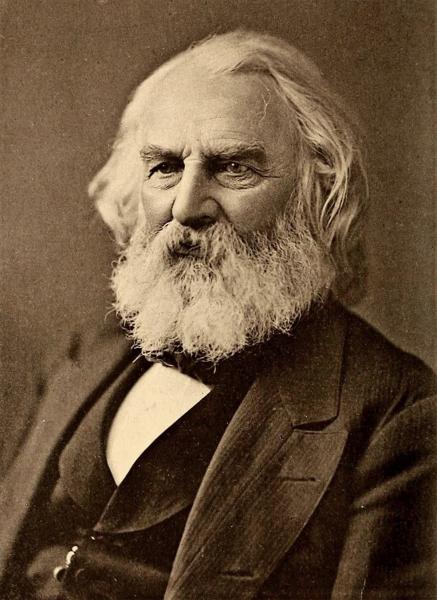 Complimentary Story
January 2023
Most people have read or at least heard of a man named Henry Wadsworth Longfellow (1807-1882). He was a literary giant in his lifetime and is still known today in many circles as “The Children’s Poet” and several schools around our nation are named in his honor. You may remember some of His original works which include, “Paul Revere’s Ride,” “The Song Of Hiawatha,” and “Evangeline,” and was the first American to completely translate Dante Alighieri’s “Comedy.”  As one of the fireside writers from New England, he is regarded as the most popular poet of the nineteenth century.

On July 9, 1861, tragedy struck the Longfellow home. His wife, Fanny, was near an open window placing locks of her daughter’s hair in a packet, using hot sealing wax to secure it. It was never known whether a spark from a match or the sealing wax was the cause, but suddenly her dress caught fire and she was engulfed in flames. Henry was sleeping and was suddenly awakened by her screams for help. He ran into the room and immediately tried to smother the flames as best he could, first with a rug and then his own body, but the damage from the burns was very severe. She died the next morning.

Henry’s burns were so extensive on his face and hands that he was unable to attend his wife’s funeral. The scars on his face made shaving nearly impossible, so he allowed his beard to grow which became associated with his image. The anguish within his soul was beyond what anyone could fathom. His family could see the suffering in his eyes, and they observed his long periods of silence. At times he feared that he would be sent to an asylum on account of his sorrow.

A couple of years later in 1863, there was another crisis when his son Charles Longfellow without telling his family, boarded a train headed for Washington, D.C. to join President Lincoln’s Union army to fight in the Civil War. On the first day of that December, Henry was dining alone at his home when a telegram arrived with the news that Charley had been shot and was being transferred to the Rapidan River. Henry immediately set out to search for his son and arrived by train on December fifth. He was alarmed when informed by the army surgeon that his son’s wound was very serious and that Charles would most likely be paralyzed. Longfellow, as a 57-year-old widowed father of six children, was not only witnessing his country fight a war against itself, but his oldest son had been struck down on the battlefield.

Although he was admired for a gift for communicating the human experience, Longfellow still needed divine peace that only God can give. On that Christmas Day in 1863, he heard the Christmas bells ringing in Cambridge and the singing of “Peace On Earth” but he considered the strife and division going on around him was in direct contradiction with a joyous holiday. He sat down and desperately tried to reflect on the joys of knowing that God is not dead or sleeping and that He is the only one who can heal, save, and give hope to the soul.

He was never considered a hymn writer, however, the poem he wrote on that day expresses the agony about the condition of a nation, and was later set to music by Englishman John Calkin. The result is one of our most popular Christmas carols, “I Heard The Bells On Christmas Day.”

There is a theme of passion and desperation within the poem, eventually leading to an attitude of confidence and trust even in the midst of bleak despair. The Civil War was in full swing and the devastation from the battle of Gettysburg still gripped the nation in a state of trauma. He must have asked himself ‘how can we have peace on Earth and goodwill toward men in this war-torn land, where brother fights against brother and father against son?’  Yes, the days were dark, but he includes in one of the stanzas, “The wrong shall fail, the right prevail!” Within these words, we sense a man crying out in prayer to God, just like many of us are today, to please stop the hatred and the violence, and unify the hearts of all people with God’s love. This carol reminds us that eternal peace and harmony shall one day be established when the Prince of Peace shall reign forever.