Take and Eat: This Do in Remembrance of Me 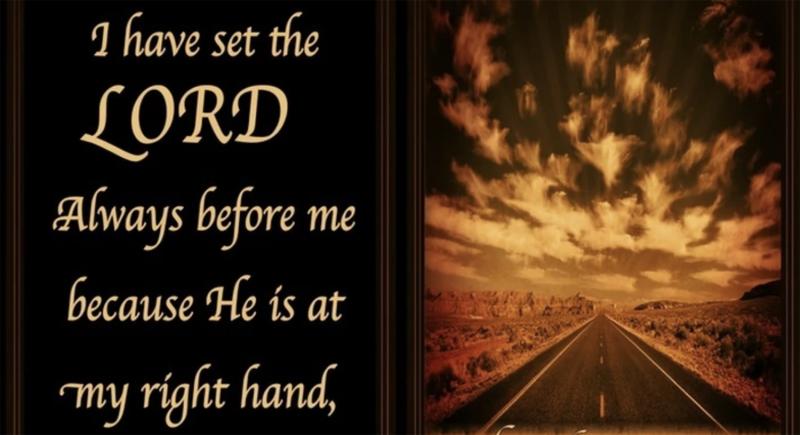 What does it mean to “take and eat” which we usually consider in the practice of communion? While communion is applicable, there is a much deeper significance as well. This expression of Messiah was in reference to His place as our Passover Lamb so that we would receive the atonement He has provided for us and “eat” of it. The physical picture of this was provided as Israel was finally released from Egypt, killing the lamb, and putting the blood on the doorposts of each household. Spiritually, by placing the blood of Messiah on the doorposts of our lives, we take shelter in Him and the angel of death passes over us, too. When we practice communion, we remember Him. We declare that we have chosen to come into His house, under His covering as His children, to walk after Him as the Israelites walked after Him. (1 Corinthians 10: 3-4).

So, this taking and eating is about far more than the physical ceremony or ritual act to which we are accustomed. It is not a magical impartation, arguments about transubstantiation and consubstantiation notwithstanding!

I was embarrassed years ago when we had to confront the issue of a few members of our assembly being more focused on their food preparation for snack time than they were on the worship and study. It seemed so trivial to be concerned about it!  But when we declared a month’s suspension of snack time, to be certain spiritual focus was restored, those people left. Sadly, it seems some really WERE more focused on the physical food than the spiritual food! I realized sometime later it is not so trivial. It is the story of our lives. When Messiah invoked the image to take and eat of Him, He was doing several things.

• He was using a Hebrew idiomatic phrase “take and eat” which is a reference “to the operation of the mind in receiving, understanding, and applying doctrine or instruction of any kind” per E.W. Bullinger’s classic work on Hebrew idioms.

• He was pointing to Himself as the embodiment of the fullness of what we call the Godhead…so THIS bread and THIS wine are what we are to be taking in. He and our Father are one. Shema Israel; YHWH Eloheinu, YHWH Echad! Hear oh Israel! the LORD our God is One!  A plural unity, but One.

• He was offering the antidote to the first incidence of the “take and eat” story back in the garden when the serpent, “nachash” in Hebrew, suggested to the woman that she “take and eat” of the wrong tree. (“nachash” has connotations of beguilement, shining and deception).  Neither the woman nor the man exercised the discernment to resist. They paid attention to their own senses and succumbed to the insinuation that our God was withholding something good from them. They heeded the physical and disregarded the spiritual truth.

I need to skip over the basic academics of parsing it all out,  though information is available on request. It is far more important to address as much as I can about the application of this in this season and hour. The adversary is bold, for he knows his time is short.

There has been much talk of dealing with the many types of insanity that are engulfing the world. Many spiritual leaders suggest that we need to gird up and be ready for battle to stand against the schemes of wickedness. I agree with the need to bring Truth and restore our moral compass which comes through living out His Word. But I remain very concerned about the ground and footings of those who want to charge into battle mode. From what source are we “taking and eating?” What ground are we standing on? Who is the enemy we target?

What Ground are We Standing on?

It is no surprise to WCN readers that the loss of direction applies within churches and leaders as well as to the world at large.

We human beings were designed to be relational because our Elohim, Who is Himself plural and relational within, wanted to have relationship with us. He is to be our focus, what we take and eat; digest and walk out. All too often, human beings have usurped that position and established themselves as the authority that others should be looking to first. I cannot say this was done with intentional malice. Many are well intentioned and sincere…but I have learned that it is also possible to be sincerely wrong, which should serve to keep us all humble!

I see it in the sheer numbers of denominations of faith based on the SAME WORD that is interpreted so many ways. All too often, those interpretations do not seek to take in the full context of the Whole Word but seize on one portion or another to emphasize. I learned that partial truth is Untruth, for you are still worldly. “For since there is jealousy and dissension among you, are you not worldly? Are you not walking in the way of man? For when one of you says, ‘I follow Paul,’ and another, ‘I follow Apollos,’ are you not mere men? What then is Apollos? And what is Paul?”  (1 Corinthians 3:3-5 Berean Study Bible).

Thus, we have manufactured doctrines that presume to compete with the doctrines of our Father that Messiah taught. Manmade doctrines that say the same God Who said that He doesn’t change DID change His mind about how He wanted us to worship Him. (Hebrews 13:8, Malachai 3:6, James 1:17, Numbers 23:19, Isaiah 40:8, Psalm 102:25-47, 2 Timothy 2:13, Psalm 33:11).  Messiah IS the First and the Last. We hear it as Alpha and Omega in Greek: Alef and Tav in Hebrew.

The Roman Catholic Church admittedly DID make changes and incorporate aspects of other practices to appeal to the masses. At the same time, they distanced themselves from what they called Jewishness. (Yet the irony: Messiah is The Lion of Judah/Jewish!) The “daughter” churches flowing out of this action are categorized as Protestant because they protested these changes. Yet neither did they fully return to the original source of the Whole Word. Much of what is known as Christianity today is influenced by the history of being born out of a reaction to error, rather than a restoration to the foundational teachings of His Word. (In addictions recovery circles it was said that “180 degrees from sick is still sick.”)

This redirection is also true within Rabbinic Judaism, as they began to focus more on the Talmud than the Torah; just as RCC doctrine became more of a focal point than the Word. The death and resurrection of Messiah was interpreted as a call to a new and separate church more so than a fulfillment of prophecy and restoration to the Father. This changed the whole structure of worship and Feast Days, including a number of pagan practices often said to have been “Christianized.” He never said such a thing! According to the Word, had He done so, He would be DISQUALIFIED as Messiah. “…and if he says, ‘Let us go after other gods,’ which you have not known, ‘and let us serve them,’ you shall not listen to the words of that prophet or that dreamer of dreams. For the LORD, your God is testing you, to know whether you love the LORD your God with all your heart and with all your soul.”  (Deuteronomy 13:1-3 ESV).

Paradoxically, they draw selected portions of the Torah, the Prophets, and the Writings —  the Old Testament they consider old and irrelevant — as still valid…but not ALL of it. Severed from the root and anchor of the Whole Word, interpretations are widely divergent. Too often, we forget Paul’s admonition:  “And if some of the branches were broken off, and you, being a wild olive tree, were grafted in among them, and with them became a partaker of the root and fatness of the olive tree, do not boast against the branches. But if you do boast, remember that you do not support the root, but the root supports you.”  (Romans 11: 17-18 NKJV).

And while this internal battle goes on among People of the Book, much of the world beyond us has moved on to the unrepentant perspective that the entire matter is completely irrelevant.

Since we are relational beings, we DO desire to belong! All too often, we look around us in the physical sense to decide where we should be standing in the spiritual sense. (“Well, if all THESE people believe this, then it must be all right,”)  so we go ahead and “take and eat” from them! This is contrasted with the one who seeks relationship with Messiah and our Father above all else, who does not stand ground only based on what other people say, but is a good Berean as Paul said, and seeks Truth in His Word. When Acts was written, the Whole Word WAS the Torah, the Prophets, and the Writings. (Acts 17:11). The Bereans also knew that seeking truth was most effective in community, not just individually, as our American culture tends to promote.

We really must be discerning as to WHAT we take in and eat to be fully empowered by our Messiah. Do we stand on the ground of His Whole Word or on the say of the people around us?  Are we using our relational nature to honor the Giver of that nature or are we following along in the deceitful spirit of the nachash? That nature continues to bring division and strife, separating out two-thirds of the Word as irrelevant, and is a part of the greater divisions of expressions of faith in the Body.

Who is the Enemy we Target?

We tend to focus on the physical things we can easily perceive, despite the truth we have all heard that our enemy is NOT flesh and blood. (Ephesians 6) We try to fight the spiritual fight on a physical level. Our focus can erroneously be on what WE can do, rather than on what HE can do through us.

Simply stated, our adversaries are the world, the flesh and the evil one. Each of these aspects requires the appropriate preparation. Basic reconnaissance is needed and too often ignored.

The world system — the Kings of the Earth — is distinct from the earth. There are other systems that have developed such as a religious system — which is distinct from His Word. (2 Corinthians 11:11-15).  If we have been taking and eating from the wrong tree, from partial truth, the very ground we stand on will not be substantial enough to hold through the battle. “The arm of flesh will fail you; you dare not trust your own.”

The most intimate battle is behind our eyes and between our ears; our flesh nature is the first enemy to be overcome before entering any external battles. We need to recognize:

The spiritual enemy empowers the human enemy and harasses the faithful. His basic strategy remains the same: predictable but far too effective. He draws our attention away from focus on Messiah and the Tree of Life and entangles us in the branches of the Tree of the Knowledge of Good and Evil with appeals to our vanity and pride. It is a diversion!  He draws our focus to what WE can do to fight the battles between the sides of that forbidden tree, while keeping us away from full engagement with the True Life represented in the other. He continues to cause people to doubt the goodness of our Elohim. If he cannot work that way to gain our worship, he will simply create the strife that leads to deciding it is all irrelevant. This battle goes on within the very heart of assemblies and of individuals with too many believers oblivious to the tactics.