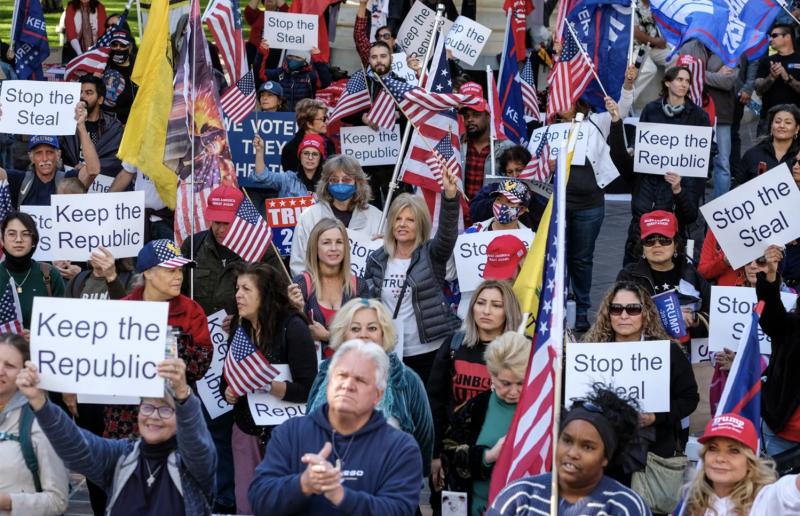 
In 2015, with the US Presidential Election looming, I produced a short film,  “Between Lambs and Lions,” in which the book of Daniel in the old Testament was set amidst the machinations of Washington Politics.  My intent was to raise an alarm by using my art.

In 2016 I made “Flexcit” the movie, how the UK could leave the EU and protect its economy.  We voted as a nation on the 23rd of June 2016 to leave the shackles of the EU in which we entered in 1973 and immediately lost our sovereignty as we joined a supernational Government, a leg of Global Governance.

Then, in 2017, I produced “The Iris Echo,” a warning about Communism.  I never meant it to be prophetic, but I began to see where the winds of tyrannical change were blowing, along with my appreciation for the founding of America and its history.

In 2018, I was flown out to Montana to speak at an event in Whitefish — the Montana Human Rights Network and the Guardian objected to the event and I found myself among incredible people who cared passionately about their country.

In October 2019, I landed at Tennesee Airport to speak at an event organized by David Sumrall of StopHate.com.  Little did I know then that David would become one of my dearest friends, giving me a ring-side seat to events that were yet to unfold.

I flew into Dallas in March 2020 for another conference where more connections were made and friendships renewed, against the background of the impending Presidential Election as Donald Trump was pursuing his second term.

Hindsight is always 2020, but on November the 8th 2020 the election looked like a strong win for President Trump, but as we now know, Biden stayed in his basement, he did not do speeches to large crowds, he was kept away but paraphrasing his own words, he knew he was going to win, because the democrats have “the most comprehensive voter fraud system in the history of America.”

The Plandemic of COVID gave the Leftists, Globalists and Communists an opportunity to push the World Economic Forum dream of destroying America, as the Constitution of the USA ratified in September 1787 stands in the way of the Globalists’ One World Government Utopian dream and its unfashionable Electoral College has to be reformed, and part of that reform rhetoric is calling the US a “democracy.”

On January 6 2021, the vote in the 2020 Presidential election giving the election to Biden in the light of the gathering evidence of fraud was to be ratified and Biden would be confirmed by the electoral college.

The expectation was that Ted Cruz the man who was this “great constitutionalist,” along with Mike Pence, would speak up and raise questions.

More than a million patriotic Americans descended on Washington DC to bring their grievances — under their Constitutional rights — to the peoples’ house; to the people that are supposed to represent them.

Five people died that day, including one of their own at the hands of the Washington Police.  January 6, 2021 has been described as one of the most Patriotic days in history.  Patriots went to DC peacefully, to the capitol — only to be met with flash bangs and violence by the DC Police, and Metropolitan Police.

As it was explained to me in my ring side seat as I had a number of friends on the ground, and some of those were then “interviewed” later by the FBI for attending an event that exercised their constitutional rights, the people knew there was something wrong otherwise they would not have attended.  They were representing freedom loving Americans Constitutionalists, and they were representing me and many others like me who fully understood what was at stake — the loss of life Liberty and the pursuit of happiness.

Barriers were parted, patriots were waved through by the DC Police, doors that could only be opened from the inside were opened and people were guided through, while disguised FBI  agents were smashing windows and wreaking havoc.

Nanci Pelosi was in the house with her gavel and her HBO daughter and son-in-law, ready to film the planned mayhem that they had orchestrated as a distraction so there would be no objections raised about the stealing of the Presidential Election.

It was no insurrection — it was no attack on democracy.  It was a defense by the people of the Constitution and their constitutional rights.

The vast, vast majority of people on that day were peaceful.  The flash bangs and the violence came from the DC and Metro Police. Veteran Ashlie Babbitt was killed by Michael Leroy Bird  inside the Capitol building.  Video of her beforehand shows her happy and looking forward to exercising her rights peacefully.

Before she was shot, she was trying to stop whoever was smashing the doors inside, but the mainstream media will never tell you this.

Kevin Greeson, Benjamin Phillips, Roseanne Boyland... all killed at the hands of the Metro Police.  Rosanne was accused of having drugs in her system and supposedly, that’s why she died.  The truth is, she was beaten to death by Metro officer Lyla Morris.  That officer was hailed as a hero — all part of the narrative that was planned well before November 8th, 2020.

The Metro Police leadership could be heard screaming in the West Tunnel “give them hell,” which is an absolute shock to the Patriots there; after all, most of the “Backed the Blue,” so why were they being attacked?  The Metropolitan Police are often overlooked in regard to their involvement in the J6 agitation and violence.

January 6 was not an insurrection.  America is a Constitutional Republic not a democracy, but most Americans don’t even know that much.  Civics has not been taught properly in America for 40 years; thus the disconnect created between the people, their history and their rights while a socialist agenda is slipped into the fabric of the greatest country in the world.

We have all been led to believe if we see video evidence it must be true.  The Proud Boys were recorded on video, saying they had no plans to go into the building, but they, like so many others, found themselves taking a tour of the Capitol that day, escorted by the Police.

They have been in prison for two years in pre trial detainment — no bail, no bond, no visitation, which has amounted to no physical touch from their family members for two long and abusive years.

In trial cases it is understood you will put forward witnesses that you wish to call to be part of your evidential defense.

The Proud Boys called a gentlemen from the DC Police, Officer Lt. Shane Lamond of 22 years service, including head of the intelligence branch, as a witness.  He was an officer they had regularly worked with when they attended DC to help the police keep the peace and provide security to citizens exercising their constitutional rights. Officer Lamond, with all his experience, is now being stopped by the Government Authorities from stepping forward to testify on behalf of the Proud Boys.  Instead, despite his years of experience, Officer Lamond was put on administrative leave by his Chief of Police Robert J Contee.

Video evidence also confirms that the Oath Keepers were helping the police, by assisting with people who were having health issues.  Stewart Rhodes was at the Capitol, but he never went inside, so why the prosecution and subsequent sentence?  Because it has to fit the narrative and cover up the fact the 2020 Presidential election was, indeed, stolen.

As Stalin said, its not who votes that matters, its who counts the votes, and the democrats stole the Presidential Election in 2020, and the cover up of that has gone into over drive.

Shutting down the capitol, and surrounding it with metal fencing spoke volumes about the two wings of the same bird political fraud that plays itself out in Washington DC.

The J6 Committee lead by Liz Cheney and Adam Schiff have continued this fraud and if you keep repeating a lie often enough, then people begin to believe it.

Liz Cheney’s father, Dick, brought in the Patriot act after 9/11.  It  had been written and was lying in wait, and it was the worst attack on the Constitution until Jan 6, 2021.  Now they’re using the Patriot Act against the Patriots.

We presently have 96 January 6 prisoners in the American Gulags, and sadly, 7 people have committed suicide due to the government harassment...we have a judicial system in America that is working against them, working against us and we have 3-letter agencies that are out of control.

The FBI showed how out of control it has become, by the way it arrested individuals in regard to the purges of those that believe in the Constitution of the USA who were there on Jan 6 2021.

Consider also the Election in Brazil, in which the election process said that Bolsanaro lost.  The “Brazilian Trump,” as he is known, is not a socialist and the elites wanted him out. There was concern about the digital voting machines that were used in the election, the concerns raised, but the experts then said that bug in them did not affect the machines or election outcomes.  The fact that we are using any form of electronic process in our elections around the world is deeply troubling.

The whole of the 20 century was the long game in regard to the building up of America on the world stage, from the creation of the Federal Reserve to President Woodrow Wilson’s entry into WW1, it would then seem you would have to go back to President Grover Cleveland to find a President who believed fully in the Constitution — a President that consulted it, (his terms 1885 to 1889 then 1893 to 1897).

Please look up the coffee table book “American Gulag Chronicles” a book for sale to raise money for the prisoners’ legal fees and to help support their families, now having spent a second Christmas without trial.  The prisoners and families are in great emotional and financial distress. You can find the book at: J6PatriotNews.com.  On the drop down menu, click on “book.”

For further Information about all of this please go to StopHate.com.

Thank you for reading my perspective from across the pond, (I live in the UK).

I leave you with one question:  If I care so much about your country and I don’t live there, then why don’t you care?

Can I ask you respectfully to take a deep dive into the subject: The United States is a Corporation formed in 1871 which controls only the District of Columbia it purchased or required.  Check it out on Dun & bradstreet.