A Job-Destroying Economic Vortex Has Been Released 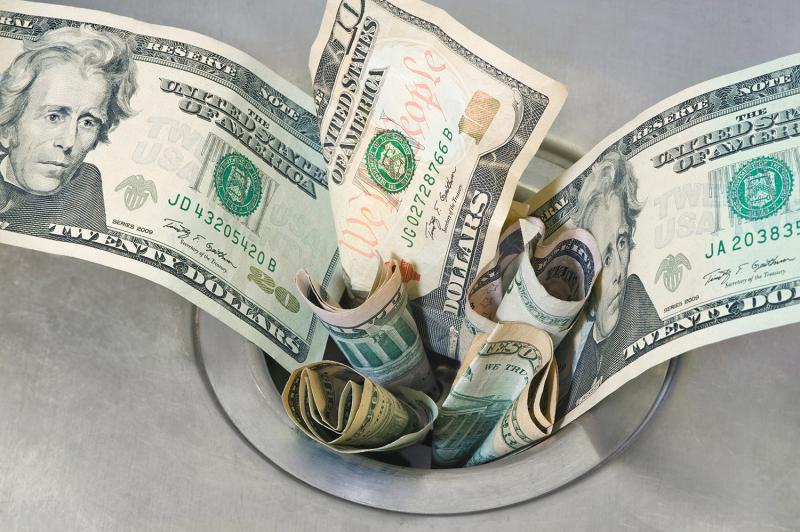 Just as we predicted last year, a wave of layoffs has already begun in early 2023 with large workforce reductions announced across crypto, finance, real estate, transportation and Big Tech.

Crypto exchange giant Coinbase announced it’s cutting 20% of its workforce (about 950 positions) due to the FTX fallout that’s already ensnaring Gemini and DCG.

Goldman Sachs just slashed 3,200 jobs according to CNBC, and Michael Snyder from The Economic Collapse Blog is reporting large job cuts across companies like Amazon, Vimeo, Salesforce, Silvergate Capital, Biocept and others.

McDonald’s, meanwhile, says it’s going to slash a whopping 200,000 worldwide jobs from its corporate staff, tightening its operations as we head into an economic environment in which fewer consumers can even afford Chicken McNuggets.

Coming next month, Stellantis will close its Illinois auto factory, slashing 1,350 workers and likely shifting its operations to Mexico. The reason for the shut down? The high cost of manufacturing electric vehicles. Via FreightWaves.com:

“Our industry has been adversely affected by a multitude of factors like the ongoing COVID-19 pandemic and the global microchip shortage, but the most impactful challenge is the increasing cost related to the electrification of the automotive market,” Stellantis spokeswoman Jodi Tinson said in an email to FreightWaves.

There are also huge job losses in the transportation sector as demand for consumer goods plummets. FreightWaves.com has tracked some of the trucking bankruptcies in 2022.  Some of the large trucking companies to go belly-up include UFI Transportation, LandAir, Marvin Keller Trucking and Matheson Postal Services, which employed 383 drivers all by itself.

Ongoing money printing by the US Treasury and Federal Reserve — with the federal government now $31 trillion in debt — is destroying the value of the dollar and causing price inflation in nearly everything that people consume: Food, fuel, clothing, appliances, home goods and more. What many American consumers haven’t yet figured out is that the dollar is eventually going to zero. On the way down, it will lose value each day. The current rate of value loss is approaching 2% per month, and as a result, many consumer items will nearly double in price in 2023.

Bed Bath & Beyond is also on the verge of bankruptcy right now and looks likely to close nearly all stores nationwide. Get woke, go broke.

Real estate demand is plummeting, and luxury home sales have all but collapsed across the country. Commercial office space and warehouse space is in a glut, with even Amazon closing millions of square feet of warehouse space, leaving property owners in the lurch.

The bottom line? Consumers have run out of extra money, and as a result, they aren’t buying nearly as much as they used to. Multiple economic sectors are going to feel the pain in 2023 and beyond.

Just when you thought it couldn’t get any worse, globalists are planning to carry out a kind of global debt reset that would end many fiat currencies and attempt to drive people into Central Bank Digital Currencies (CBDCs), which serve as a control and surveillance system for governments.

In order to push people into CBDCs, the powers that be have to create a crisis. This crisis will, of course, consist of psychological terrorism against the masses, frightening them with super scary stories about cyber attacks, bank failures and the like. CBDCs will be presented as the “safe” option for protecting your money, and numerous incentives will be offered to pull people in (such as Universal Basic Income payments, welfare payments, federal tax refunds, etc.).

The financial reset will obliterate dollar holdings, savings accounts, bonds, treasuries and more. Social chaos will spread, and governments will declare war against their own citizens, unleashing military forces onto the streets while declaring a type of martial law. Those people who were left holding dollars, euros or yen will be ruined, while those with hard assets (gold, silver, land, vehicles, buildings, etc.) will be able to survive the transition with some (or even most) of their assets intact.

Understand that the controlled demolition of the economy is preparation for driving desperate people into CBDCs. First, the governments have to make people impoverished and penniless. This is done by raising interest rates and dismantling economic infrastructure, including energy infrastructure. Next, the value of the existing currency has to be obliterated. This is accomplished through money printing. Finally, the trap must be sprung by fomenting a crisis to be blamed on someone else (Russian hackers, for example) while playing the victim role — “the dollar is under attack!” This entire scheme works better when people are more desperate, starving and impoverished, with few choices other than to surrender to the Mark of the Beast CBDC system.

That’s why you’re watching western civilization march toward World War III, economic collapse and engineered food and energy scarcity all at the same time. It’s all part of the same playbook that’s being implemented by globalists (Agenda 2030) who are following an anti-human, luciferian depopulation agenda that they hope will rid the world of billions of people.